A study conducted in late 2016 and recently published in JAMA found that almost 70% of CBD products sold online contain either higher or lower concentrations of CBD than indicated on the label. The study was led by Marcel Bonn-Miller, of the University of Pennsylvania, and included researchers from the Veterans Affairs San Diego Health Care System, RTI International, Americans for Safe Access, and Johns Hopkins University School of Medicine.

The study was flawed. However, it does bring to light some troubling issues in the CBD market. In the immediate wake of warning letters sent by the FDA to four CBD companies, plus the DEA continuing to assert that CBD is an illegal substance, the fact that a study asserting that two-thirds of CBD products sampled were mislabeled is a troubling development.

There were at least two problems with the study. First of all, there were a number of conflicts of interest. For instance, the authors received fees from the Realm of Caring Foundation (ROCF) and Insys Therapeutics (Insys). ROCF is a nonprofit that funds cannabis research. Insys markets a sublingual formulation of Fentanyl. It also markets Syndros, a synthetic THC product.

Second, the vetting method for choosing products was random and haphazard. Researchers only acquired eighty-four (84) products from thirty-one (31) CBD companies. They identified the products by conducting internet searches for the terms “CBD”, “cannabidiol”, “oil”, “tincture”, and “vape” and purchased products available online that included CBD content on the packaging. The researchers asserted that “all unique CBD extracts” that met their criteria were purchased. This is difficult to believe. At best, it was arbitrary. For example, a general Google search I performed for “CBD” yielded 116,000,000 results with no products appearing on the first page and only two (both of which were ads) appearing on the second. The “Shopping” filter provided more results, but actual CBD products (versus merchandise and unrelated hits) were scattered over hundreds of pages. An Amazon search of “CBD” yielded 8065 results, most of which were products that likely met the researchers’ criteria. The researchers did not indicate what search engine(s) they used, nor how they narrowed down the products (other than excluding the same formulation in other products by the same brand). All of my information was based on only one search of the most prominent of the keywords used by the researchers.

The researchers used high performance liquid chromatography, which is probably better than gas chromatography for this particular study since it does not use heat, which can convert the compounds during the testing process. Therefore the acid forms of the cannabinoids remain intact for measuring.

All in all, and despite its flaws, this study emphasizes the fact that accurate labeling is crucial. If consumers cannot count on accurate and reliable labeling then the industry stands to lose its hard won trust. This will almost certainly invite more government intervention.

Rod is a cannabis business law attorney who lives and practices law in Asheville. He represents legal cannabis businesses throughout the country and is the author of the Kight On Cannabis law blog , a popular blog that discusses evolving legal issues affecting the cannabis industry.

Rod is also the author of “Cannabis Business Law-What You Need to Know”, published by Aspatore Books, a Thomson Reuters (WestLaw) Company, in August 2015.

A strong believer in cannabis for personal and medical use after using it successfully during chemotherapy treatments for cancer (he is in remission), Rod is an attorney advocate for NORML. He is also a member of the National Cannabis Bar Association, the National Cannabis Industry Association, Women Grow, and the North Carolina Industrial Hemp Association. Rod has represented numerous cannabis businesses and been a presenter on cannabis legal issues at seminars across the country.

Rod is married to his elementary school sweetheart, Ashley, who is also his office manager. Together they have 5 children. Rod is an avid musician who plays guitar in an Asheville-based rock band. He can be reached via email (rod@kightlaw.com) or phone (828-55-9881). 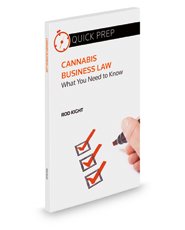