Florida: Charges dropped for suspects found with over 100 pounds of marijuana after leaving airport

Back in November 2021, Dezhong Wang and Hui Li were accused of trafficking hundreds of pounds of marijuana through the Jacksonville International Airport.

The Florida Highway Patrol arrested the men after they were caught with 240 pounds of marijuana stuffed in their suitcases. Wang and Li were facing a mandatory minimum of three years in prison if convicted of trafficking marijuana, but the charges were reduced to possession with an intent to sell.

Wang and Li plead guilty to the possession charge and only received one year of house arrest followed by two years of probation.

Attorney John Holzbaur, who is not affiliated with the case, is an expert on legal defense pertaining to drug charges and said getting caught with 240 pounds of marijuana doesn’t always lead to a slap on the wrist.

“There could have been information provided to the government and some degree of cooperation. There’s always some backstory there to arrive at that type of disposition,” Holzbaur said.

Artez Ward and Michael Lewis had a similar experience in January. They were arrested after they left the airport and were pulled over with 125 pounds of marijuana stuffed in their suitcases. Like Wang and Li, Ward and Lewis would have been facing a mandatory minimum of three years in prison if convicted for marijuana trafficking charges, but those charges were dropped.

“That would have tied the suitcases to these individuals. But a roadside stop where these individuals are detained and arrested, it’s not their vehicle. They were not driving. How does the government make the case to put those pieces of property with those individuals absent those external pieces of evidence? That’s critical,” Holzbaur said. 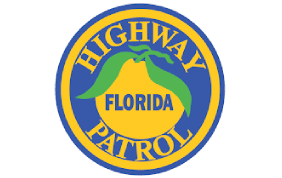