A Keystone Heights man is behind bars on multiple drug charges after a shipment of a hallucinogenic drug called mescaline was intercepted by federal agents on its way from Lima, Peru, to a Clay County home, according to Sheriff Michelle Cook.

During the March 19 raid on the home, investigators also found chemicals that could be used to make other psychedelics drugs, plus five guns, 2,000 rounds of ammunition and items to make homemade grenades, Cook said. 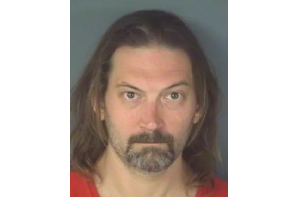