A public cannabis company with a strong focus on the international market is stepping into Mexico’s nascent medical cannabis industry.

Luisa Conesa, an attorney and cannabis activist, told Reuters of the medical regulations: “[The regulation] is not aimed at patients growing their own cannabis, it is aimed at pharmaceutical companies producing pharmaceutical derivatives of cannabis which are classified as controlled substances that need prescription.”

Some companies aiming to create products can import cannabis plant material, according to the news source.

A June press release from Clever Leaves said the company’s partnership with CBD Life “is Clever Leaves’ first commercial agreement in the Mexican market, and it comes shortly after regulations were fully approved in the country, providing a strategic growth opportunity in one of the world’s largest pharmaceutical markets.”

Speaking with Cannabis Business Times and Hemp Grower, Clever Leaves CEO Kyle Detwiler said he and others at the company see Mexico as a “great demand center for medical cannabis, for other cannabinoid products.”

The opening of the market is allowing Clever Leaves to get in on the ground floor with shipping cannabis product there. “I think an announcement like our first shipment to Mexico is a reminder that—listen, in other geographies, cannabis hasn’t really reached the saturation—both societally as well as regulation-wise—as it has in the U.S.,” Detwiler said. “A lot of these countries are just beginning their cannabinoid journey.” 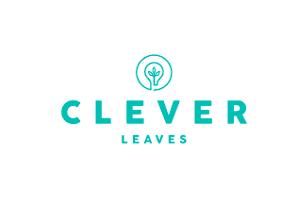