Food, Drug or Something Else: What is Hemp-Derived CBD?

It has been just over a month since the public comment period closed in the wake of the public hearing held by the FDA, “Scientific Data and Information about Products Containing Cannabis or Cannabis-Derived Compounds”. Over 4,000 comments were docketed, ranging from controlled scientific data submissions to tales of miracle cures to horror stories. It will be interesting to see what the agency gleans from the docket.

Nevertheless, the FDA currently stands as a pillar of uncertainty in the cannabis industry, at least when it comes to products derived from “hemp”, now defined essentially as Cannabis sativa L. and its derivatives containing no more than 0.3% THC by dry weight following the enactment of the 2018 Farm Bill. While the USDA has issued confirmation that hemp is no longer a controlled substance, uncertainty remains about what FDA-regulated products may and may not be shipped across state lines.

The FDA approved a purified CBD product for the treatment of certain types of seizures in 2018 under its new drug application process. This would lead one to believe that CDB is now considered a “drug” as a matter of law and has to be approved by the FDA to be sold or marketed interstate. The FDA has also issued several warning letters to makers of CBD-containing products labeled with certain health or therapeutic claims, suggesting that that is in fact the current view of the agency. But what about CBD that is derived from hemp in view of its removal from the controlled substance list? Not only that, but what about foods and dietary supplements containing CBD derived from hemp?

Under the Food, Drug & Cosmetic Act, once a product is approved as a drug, it cannot be a constituent of a food or dietary supplement product legally sold or marketed in interstate commerce, unless it was present in these products prior to FDA approval of the ingredient in question as a drug, or prior to the publication of clinical trial data associated with drug approval (I’m paraphrasing, but that’s the general idea). The FDA has already stated that this exception does not apply for CBD.

The uncertainty is even greater for the host of CBD-containing products that are likely cosmetics under the Food, Drug & Cosmetic Act. The FDA guidance on these products is basically that while there is not a literal prohibition on the books, a substance in a cosmetic that affects the structure or function of the body or has some therapeutic effect may be a drug, and the FDA is likely to issue warning letters in cases where CBD-containing products such as oils and lotions bear labels touting therapeutic claims.

Hemp may be a safer bet where CBD is present in trace amounts. The FDA has responded to at least three hemp-related GRAS notifications (submissions asserting substances are Generally Regarded As Safe and should be allowed in certain FDA-regulated products) positively, but with the caveat that there is not guarantee that, for example, the products can be legally introduced into food.

It will be interesting to see where the FDA falls once the agency digests the public comments in wake of the public hearing on cannabis products. 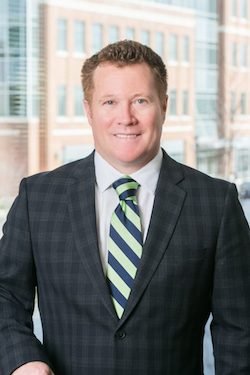