Former Adelanto Mayor Richard Kerr will plead guilty to one federal wire fraud charge for accepting more than $57,000 in bribes and kickbacks in exchange for handing out licenses and permits for commercial marijuana activities.

Kerr served as mayor of Adelanto, a small high-desert city in Southern California, from 2015 to 2018. After California legalized marijuana in 2016, Kerr was an enthusiastic supporter of the selling and growing of pot in the most commercially friendly way possible. The town of about 30,000, whose economy had previously been dominated by two private prisons, made headlines for trying to become the “Silicon Valley of medical marijuana,” a term Kerr himself came up with. 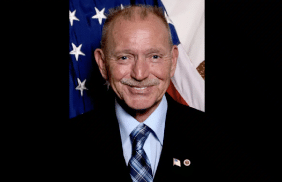