Tilray and Aphria Inc., a rival Canadian cannabis company it agreed to acquire in December, confirmed May 3 the completion of that $3.8 billion deal and the appointment of a new executive leadership team.

Tilray’s general counsel Dara Redler will serve as interim legal chief and corporate secretary of the combined company, which will use the Tilray name.

Redler didn’t respond to a request for comment about the interim status of her new position. In a message on LinkedIn, Redler said she was “proud to be part of the ‘new’ Tilray—leading the way in global cannabis!”

Nor did Christelle Gedeon, who has spent the past three years as Aphria’s top in-house lawyer, when asked if she would have any role at the combined company. Gedeon isn’t included on a senior management page on Tilray’s website.

Gedeon is a former partner at Canadian law firm Fasken in Toronto. Fasken is serving as co-counsel with DLA Piper to Leamington, Ontario-based Aphria on its merger with Nanaimo, British Columbia-based Tilray, which is being advised by Cooley and Canada’s Blake, Cassels & Graydon.

Tilray hired Redler, a 20-year veteran of the law department at Coca-Cola, which recently reshuffled its own legal leadership, as its general counsel and chief compliance officer in January 2019.

Redler spent the first decade of her legal career as an associate at Alston & Bird and senior counsel at travel services company Worldspan LP in Atlanta. After joining Coca-Cola in 2001, Redler held a variety of in-house roles and was most recently senior counsel for worldwide marketing and growth.

At Tilray, which Redler joined after Canada legalized recreational marijuana use, she helped build a legal and compliance function that provided strategic support for the company as it grew through acquisitions, according to her LinkedIn profile.

Redler is joined in Tilray’s new upper management ranks by Denise Faltischek, a former chief strategy officer at Aphria, who now holds that same role and the title head of international at Tilray. Faltischek is also a former general counsel and compliance chief for the Hain Celestial Group Inc., a food and beverage company.

Irwin Simon, a former chairman and CEO at Aphria, has been named CEO of the new Tilray. He spoke Monday with Bloomberg News about Tilray’s aspirations to become a global consumer products giant, selling everything from skin creams to snack bars.

The union between Tilray and Aphria comes after Greenlane Holdings Inc. and KushCo Holdings Inc. announced April 30 the composition of their new management team. Both cannabis companies expect to close in the second or third quarter of this year an all-stock merger they announced in March.

Douglas Fischer, a former Cadwalader, Wickersham & Taft associate who has spent nearly the past three years as general counsel for Greenlane, has been named legal chief for the combined packager of marijuana products, which will see KushCo become a subsidiary of Boca Raton, Fla.-based Greenlane. 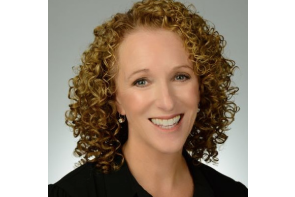