DENVER, July 10, 2019 /PRNewswire/ – GrowGeneration Corp. (OTCQX:GRWG), (“GrowGen” or the “Company”) one of the largest chains of specialty retail hydroponic and organic gardening stores in the world, announced today that it has appointed Bob Nardelli as a strategic advisor. Mr. Nardelli and GrowGeneration will work collaboratively and strategically to explore potential partnerships that will bring value to each division of GrowGeneration. Nardelli will serve as a senior advisor to the Company’s Chief Executive Officer and Board of Directors, providing advice on matters relating to supply chain, merchandise, branding, distribution, new product introductions, pricing and channel selection.

“Bob is a globally recognized business visionary.  He comes with a strong track record of executive operations to generate accelerated, profitable growth and shareholder value across many industry verticals that are of great interest to us,” said Darren Lampert, CEO. Mr. Nardelli, from 2000-2007 helped grow Home Depot to a $90B company along with an excellent team of professionals, by implementing many of the operational strategies that made Home Depot the leader in its industry. We see many direct parallels from Bob’s Home Depot experience that we can apply to GrowGen’s growth plans and strategies.  “Like us, Bob also takes a long-term view of value creation to benefit all stakeholders. We look forward to working with Bob to further extend our leadership position within the hydroponic marketplace.”

Mr. Nardelli, added, “I believe GrowGeneration has a solid execution track record, is strongly differentiated from its peers, has achieved scale throughout the supply chain of the hydroponic industry, and is poised to go to the next level. I look forward to working with Darren, the board and the extended GrowGen team to evaluate its many operational and strategic opportunities.”

Working alongside a number of high performing teams, Mr. Nardelli has grown the sales and profits of a number of multi-national corporations during his career.  Among other senior roles, Mr. Nardelli served as Chairman and Chief Executive Officer and as a member of the Board of Managers of Chrysler, LLC, 2007 to 2009. From 2000 to 2007, Nardelli served as Chairman, President and CEO of The Home Depot. He began his career at GE in 1971, and advanced rapidly through a series of senior leadership positions including CEO of GE Transportation Systems and CEO of GE Power Systems, among others. He is a graduate of Western Illinois University and received an MBA from the University of Louisville.

GrowGen owns and operates specialty retail hydroponic and organic gardening stores. Currently, GrowGen has 23 stores, which include 5 locations in Colorado, 5 locations in California, 2 locations in Las Vegas, 1 location in Washington, 3 locations in Michigan, 1 location in Rhode Island, 2 locations in Oklahoma, 3 locations in Maine, and now 1 location in New Hampshire. GrowGen also operates an online superstore for cultivators, located at HeavyGardens.com. GrowGen carries and sells thousands of products, including organic nutrients and soils, advanced lighting technology and state of the art hydroponic equipment to be used indoors and outdoors by commercial and home growers. Our mission is to own and operate GrowGeneration branded stores in all the major legalized cannabis states in the U.S. and Canada. Management estimates that roughly 1,000 hydroponic stores are in operation in the U.S. By 2020 the market is estimated to reach over $23 billion with a compound annual growth rate of 32%. 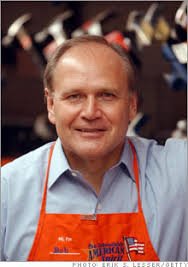