The Department of Justice in the Eastern District of New York went to trial in 2018 and won an eight-count securities fraud conviction against A.J. Discala, the former husband of Sopranos star Jamie Siegler, scoring what appeared to be a huge victory against the leader of a large ring of small-cap stock manipulators who targeted unsophisticated investors.

Then they sat by silently as Discala used his wife Dounya Irrgang, and friends to continue to sell allegedly fraudulent investments in a Cannabis tech company called Cannopoly while the government took four years to sentence Discala.

Cannabis Law Report has learned Discala, his wife, and other company executives also operated a scheme to use Cannopoly’s limited cash to over bill tech development and then indirectly get funds back to the Discalas to help pay living expenses and the cost of lawyers throughout Discala’s trial and sentencing.

As previously reported A.J. Discala was restricted from working in the securities business or allowed to help raise money for companies while out on bail and even more so after his conviction while he awaited sentencing. Discala, through his lawyers in his criminal case told the court it is now Dounya who is the bread winner for the family and that they were broke after the government had seized their bank accounts.

Dounya previously only had experience in marketing for Ralph Lauren and yet was able to build a team for Cannopoly that consisted of an ex google engineer involved in developing the XBox, an executive in the alcohol distribution business, a wealthy Texan investor, a guy AJ met at the gym, as well as the Discalas’ next door neighbor in tony Rowayton, CT to create a business that used what they “termed” as proprietary technology to connect cannabis buyers with marijuana retail dispensaries and offer discounts or coupons to customers. 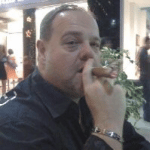 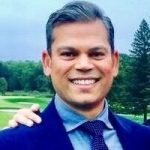 Lear Marketing was the official company name registered as an llc in Delaware doing business as Cannopoly in Connecticut next to the office where AJ Discala previously ran his merchant bank OminView Capital and around the corner from his $2 million dollar Rowayton home.

Private deal documents show the Discala-backed team raised around $3.2 million before it moved to merge with a company called Duby in 2019.(see Duby pitch deck at end of article)

In an in depth two month investigation CLR has interviewed around half a dozen people involved in the company or invested in Cannopoly, some of whom have signed non-disclosure agreements.

We have also acquired and reviewed private company documents and emails that list private investors in the company, how much they invested and what percentage of ownership they controlled in a capitalization table. (See pdf document at end of article)

In 2017, while AJ Discala was awaiting his criminal trial to start, one of his trial lawyers, Hanwei Cheng began doing legal work for Cannopoly and eventual quit his law firm to work for Discala full time with the promises of a six figure salary and equity in the company. Cheng even got involved in sales for Cannopoly but after AJ lost his criminal trial Cannopoly stopped paying Cheng and he eventually sued for his lost wages and equity. The lawsuit filed in 2019 lays out how A.J. was really the “defacto CEO of the company” giving orders and even pretending to be other executives of the company.

In one call with a Canadian banker Cheng says he heard Discala introduce himself as Simon Frank. Frank was on the books as an officer of the company but according to people who worked with Frank hardly did much. Attorney Cheng called AJ out on being involved in a call to raise money warning him he couldn’t and shouldn’t do this and also sent an email to the board warning them these actions could be illegal. 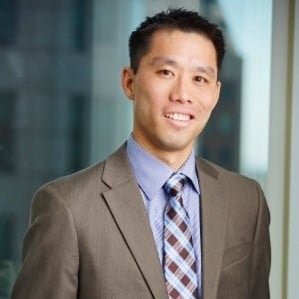 The lawsuit says AJ then texted him threats to his physical well being and shortly after attorney Cheng was removed from the company.. Cheng litigated for a year adding other equity holders and executives to the suit including Clifton McDonnell, Michael Berkoff, Dounya Irrgang, Abraxas Discala and the temporary CEO Ravish Bhattiprolu, the neighbor.

Bhattiprolu, who spoke with CLR, said he always had another full time job while he was helping Cannopoly raise money as a temp CEO and rarely saw a paycheck.

Cheng eventually got the Discala crew to settle and they used the company insurance to pay him off, according to people familiar with the transaction and an email about the lawsuit reviewed by Cannabis Law Report.

Meanwhile Michael Berkoff was on the hunt to find the company another credible lawyer to tie to the company. He found that person and they were rewarded with equity in the company until they also saw glaring problems.

These included, Dounya bringing an individual named “Jay” on calls without explaining it was AJ her convicted criminal husband.

The new attorney also began questioning the proprietary tech and latter learned the company didn’t own it all but that is was leased from a third party vendor owned by ex-Microsoft engineer Eric Engstrom.

The lawyer was also alarmed that Dounya and others were pitching the company for investments based on alleged false information which could be considered wire fraud. Additionally, it was doubtful any of the people selling investments actually had a license as an investment advisor or were registered with the Connecticut Banking Department or a securities regulator.

As a last ditch effort to get the company viable for a public offering the Discala team decided to buy the competitive app based out of Denver that had a large existing user base called Duby. According to a Duby investor AJ would also show up on merger conference calls often using another name or saying he is on the call but not really involved.

Documents reviewed by CLR prove Dounya Irrgang wasn’t honest when she told some investors, lawyers, and media that she had never had any equity in Cannopoly.  One of the Duby merger documents showed MB2, an llc Dounya set up in 2015 using her home address after AJ’s arrest, was a member-owner in Cannopoly and had to sign with other investors to approve the merger. 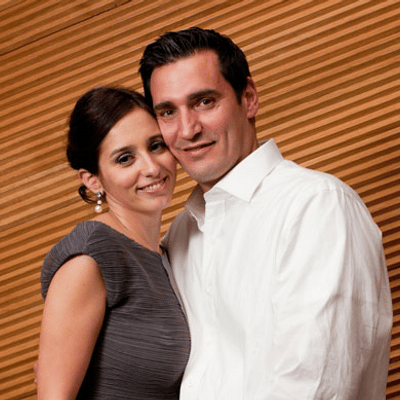 Another cap table distributed during the 2019 merger talks showed Dounya handed off equity to be put in the name of AJ Discala’s sister. Then in an email with a Duby co-founder Dounya had a heated argument after she was reminded she told a member of the Duby team that she and AJ’s children had equity in the company and it was hidden in the Clifton McDonnell family trust investment. (Dounya through her attorney denied this later when pressed by this reporter).

According to people involved in the transaction Discala was going to arrange for the company a $2 million bridge loan with warrants discounted at 25%. This was a financial move seen in the past in Discala’s criminal case. But after the ink was signed the bridge loan was never financed and by early 2020 the companies were not doing much to combine their technology or work together.

On top of all that a few investors were questioning payments made to a company called Sircle.

A search in Washington State corporates records show the company was started and run by George Eric Engstrom.  According to a person who worked with Eric at Sircle, which was renamed Sasai LTD) , Sircle or one of its affiliates was overbilling Cannopoly by at least one million dollars for tech services.

Then, allegedly, the money was funneled back to AJ Discala through others to pay his expensive legal fees and living expenses. Michael Berkoff was also seen giving AJ cash by a person working with Cannopoly at the time. 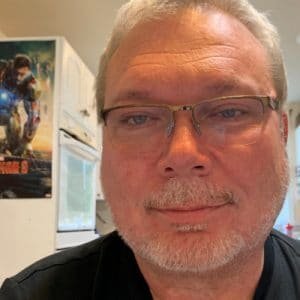 AJ’s role in raising money for the company and the alleged misstatements about what the company owned to solicit investments was turned over the the Eastern District of New York prosecutor on AJ’s case named Shannon Jones. Then, at least two follow up calls were made by FBI agents who were given documents to back up the claims, according to a person who spoke to the FBI. But AUSA Jones apparently did little to move on the information or try to revoke AJs bail in the years he was awaiting sentencing.

There was only a brief question to the judge during A.J’s sentencing hearing, attended by this reporter, from AUSA Jones questioning how AJ could pay his legal defense when he is telling probation pre-sentencing and the judge that his family was broke.

Dounya Irrgang-Discala was never charged in her husband’s case but copies of the FBI warrant report shows she was aware of some of his activities involving bribing brokers to put their clients into the stocks AJ was manipulating.

As of May 2022 Discala is now in federal prison serving an 11.5 year sentence. Dounya is believed to still be living in the same wealthy Connecticut area with their two daughters and refused to be interviewed for this story.

CLR did talk to a family attorney who claimed Dounya was only an employee of the company and was also not getting paid.

Eric Engstrom died in 2020 due to organ failure and according to people who worked at Cannopoly had a falling out with AJ and Dounya before his death.

PDF – Who Invested What 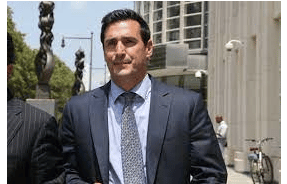