Fresno County Superior Court fairs poorly when it comes to fulfilling a legal requirement to expunge or reduce marijuana convictions, compared to courts in other California counties.

Among 12 of the state’s most populous counties with figures available, Fresno ranks third worst when it comes to clearing marijuana records.

“We are not able to speak to the numbers reported by any other court or how they were reached, and therefore have no comparison to offer,” Fresno County court spokeswoman Suzanne Abi-Rached said.

As mandated by a 2018 state law known as AB 1793, Fresno courts received cases pegged for expungement from the Fresno County District Attorney’s office by April 2020. 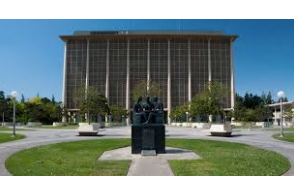