Needing to fill in millions of dollars of a deficit that could grow even larger, Fullerton leaders are looking at putting a city sales tax up for voters’ consideration in November and legalizing cannabis manufacturing and dispensaries. Reports the OC register

The City Council is set to discuss both items at its meeting on Tuesday, July 7.

Even before the coronavirus pandemic hammered the city’s revenue sources such as sales and hotel taxes, Fullerton officials had said they need more money in the budget, especially to fix streets that are considered among the worst in Orange County. Fullerton has about $150 million worth of street improvements that need to be made, officials said.

The pandemic – which squeezed Fullerton to the tune of an $8 million for the 2020-21 fiscal year that started July 1 – only increased the city’s urgency in seeking some alternate sources of revenue, officials said.

“The short term resolution of doing more with less does not support sustainability of long-term programs and service levels,” City Manager Ken Domer said in a report to the council for the July 7 meeting.

Officials estimate a 1.25% city sales tax, which would mean a rate of 9% on goods bought in Fullerton when added to current taxes, would generate $25 million annually for the city. The revenue would fund infrastructure improvements, homeless initiatives and programs such as community policing and crime prevention services, officials said.

Four out of five council members would need to vote in favor of putting the sales tax measure on the November ballot.

The council will also discuss how and whether to have city staffers move forward on drafting new laws that would pave the way for cannabis manufacturing, distribution, testing and cultivation businesses and retail shops such as dispensaries to open in Fullerton. 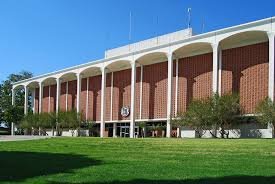