A state commission plans to award licenses to growers. Patients say it’s been a long frustrating wait for a legal framework for the treatment.

ATLANTA – After years of waiting, advocates say Georgia is closer than ever to beginning to allow the sale of medical marijuana.

The state’s Access to Medical Cannabis Commission has announced that it plans to vote on which growers it will award licenses to on Saturday.

“Wow, I mean this is seven years in the making,” said Joshua Littrell, founder of Veterans for Cannabis.

It has been years since Republican former Gov. Nathan Deal signed a bill into law legalizing low-potency marijuana oil for people with severe chronic illnesses.

“The next step is to issue what is known as a ‘Notice Of Intent to Award’ the license contracts,” said Andrew Turnage, executive director of the state-run Georgia Access to Medical Cannabis Commission. “The Commission anticipates the announcement, which will name the companies the Commission intends to award low-THC oil production licenses to, will be voted upon at the next public meeting.”

The meeting is scheduled for Saturday, July 24 at 11 a.m. in Rock Spring.

Medical marijuana patients throughout the state have grown frustrated with the slow pace in which the license are moving along.

“Right now, patients have to go to the unregulated market to get medicine if they want to get relief,” said Alexis Harris, who had a medical marijuana card for PTSD, but let it expire because she cannot use it.

Harris said the seven-year wait has some patients suffering from chronic illnesses to look elsewhere.

“There’s people who have had to move out of state, to Las Vegas, to Florida, to neighboring states where they won’t be criminals to take their medicine,” Harris said, while pointing out that’s only the people with the money to do so.

She said her late grandmother, Yvonne Harris, also got her medical marijuana card in the midst of multiple terminal illnesses but passed away before the card could be of any use to her.

“She had end-stage cancer. She had breast, lung, and ovarian cancer,” Harris said. “They tried to morphine her to death.”

About 70 companies are competing for six licenses to grow cannabis in Georgia.

The news that the commission is finally deciding which companies will get them comes as a big relief for medical marijuana advocates.

“Within 12 months, we will have access to medicine that is cultivated, that is made and produced here in Georgia and will be sold on shelves,” said Littrell, whose organization also has an application for a license submitted.

Littrell said from the moment the licenses are issues, growers have a year to build a facility and begin producing the low-THC oil.

Former Republican state Rep. Allen Peake of Macon was a leading supporter of legalizing low THC oil when he was in the General Assembly. He has continued to work with what he characterized as an “underground network” to bring the oil from out of state to Georgia families. Importing the oil is illegal. He has applied for a processing license. “We’re two years from passing a bill that said you could grow, process and distribute medical cannabis oil in our state,” he said. “But we don’t have the licenses issued to folks to allow them to do that yet.”

Harris said that while she is glad that patients will have somewhere else to go other than the black market to get relief, she thinks the commission’s application process has created a barrier for entry for individual and small-scale cultivators, and only leaves room for multi-million dollar outfits, many of which are not local.

The Associated Press contributed to this report. 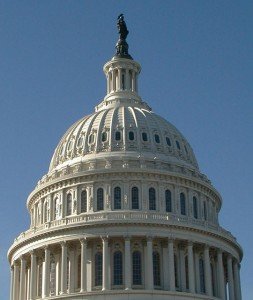