According to the latest version of the EU Novel Food Catalogue, EU regulators consider that CBD-containing foods and dietary supplements are classified as novel foods. The Novel Foods Regulation (EU) 2015/2283 defines as “novel” any food which has not been used for “human consumption” to a significant degree within the EU before May 1997. As a result, CBD-containing foods require an authorisation to be legally placed on the EU market according to Article 6 (2) of the Novel Foods Regulation.

In Germany, the regional/district authorities are responsible for monitoring and assessing the marketability of food and issuing sales bans. Accordingly, CBD products might be restricted to varying degrees in the individual federal states. However, the Federal Office of Consumer Protection and Food Safety (BVL) also states that CBD is not marketable in food in Germany without an authorisation. In addition, the German Federal Government seems to support the decision of the European Commission to mark CBD as novel food in the EU Novel Food Catalogue.

As no novel food authorisations for CBD products have been issued in the EU so far, several German district administrations have imposed sales bans on CBD-containing foods and dietary supplements, which have recently been confirmed in summary proceedings by certain administrative courts. The decisions have been issued by the Administrative Courts of Düsseldorf, Hannover and Gießen in September, November and December 2019. To our knowledge, Germany is therefore one of the first EU member states to actively enforce the novel food provisions for CBD-based food products.

The decisions of the courts were largely based on the EU Novel Food catalogue, which states that Cannabinoids/ CBD-containing foods are to be classified as novel foods as they were not used for human consumption to a significant degree within the Union before May 1997. It was not relevant to the courts that Cannabis sativa L. itself, the raw material of the CBD products, is not considered “novel”. The courts also stated that other products derived from hemp plants, hemp seeds, hemp seed oil or hemp seed protein might not be considered as novel food. However, this cannot be transferred to CBD products, as the Novel Food Regulation applies to the specific product and not to the source of the product. Decisive is whether the specifically offered end product was already used for human consumption and therefore fulfils the characteristics of a novel food, which the German courts denied for CBD containing foods.

It remains to be seen whether the court decisions will be confirmed in the main proceedings. Further developments should be monitored closely.

This article was co-authored by Florian Preinfalk 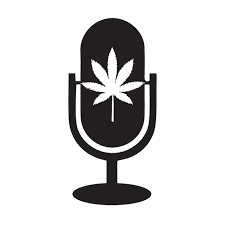 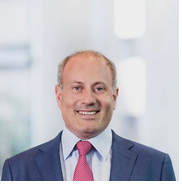