A decision issued on 25 October 2022 by the Federal Joint Committee (Gemeinsamer Bundesausschuss—G-BA) on the initiation of a commenting procedure for amending the Pharmaceutical Guidelines (Arzneimittel-Richtlinie) could fundamentally change prescription practice, in particular as it pertains to medical cannabis.

The role of the Federal Joint Committee

In the joint self-administration of the German healthcare system, the G-BA is the highest decision-making body. It is composed of representatives of the statutory health insurance funds and service providers as well as impartial members and an impartial chairperson. Patient representatives are nonvoting, but they have the right to participate in consultations and submit proposals. Through its guidelines, the G-BA determines which medical services are covered for the approximately 73 million insured persons in Germany. It also decides on quality assurance measures for doctor’s offices, clinics and hospitals.

The prescribability of medicinal cannabis was established in 2017 by the Act Amending Narcotics Law and Other Regulations (Gesetz zur Änderung betäubungsmittelrechtlicher und anderer Vorschriften). One of the G-BA’s mandates, under Section 31 para. 6 p. 9 of the Social Code Book (Sozialgesetzbuch Buch V), is to “regulate the details of the granting of benefits in the guidelines,” based on the results of a non-interventional accompanying survey conducted by the Federal Institute for Drugs and Medical Devices (Bundesinstitut für Arzneimittel und Medizinprodukte—BfArM) within six months of the results’ transmission to the BfArM.

On 6 July 2022, the BfArM published the final report of this accompanying survey; now, it’s the G-BA’s turn to react to these results in the form of guidelines.

Contents of the decision

First, we note that this decision is to initiate a commenting procedure, i.e. the contents of the guidelines are neither final nor legally binding (for more, see “Procedure” below). That said, the resolution takes a number of positions on many aspects, so it’s important to keep in mind that concrete details are still being worked out. But it can be assumed at this point that the final resolution on the guidelines will not have fewer than the minimum restrictions of the most relaxed position.

The future amendment to the Pharmaceutical Guidelines will cover cannabis in the form of dried flowers or extracts as well as medicinal products with the active cannabinoid substances dronabinol or nabilone, to which patients with serious diseases will continue to be entitled, provided that an alternative, generally recognized service is not available, and there is a not entirely remote prospect of a noticeable positive effect on the course of the disease or on serious symptoms. If necessary, a special obligation to justify the prescription of dried flowers could exist in the future. Physicians will be subject to additional documentation and verification obligations with regard to the appropriateness of the cannabis therapy.

Furthermore, the service will be subject to the approval of the statutory health insurance; however, the patients will only need to seek approval once, even if the cannabis medicine is changed.

The necessary qualifications of prescribing physicians will probably be significantly tightened. While at present general practitioners have been able to prescribe cannabis as a medicinal product, this could be reserved exclusively for specialists in the future. The respective specialty would be defined in an annex to the amended Pharmaceutical Guidelines, linked to the respective clinical picture. For example, in future only specialists in gastroenterology would be able to prescribe cannabis for the treatment of intestinal complaints, in neurology for the treatment of epilepsy, neurology or psychiatry/psychotherapy for the treatment of ADHD. In addition, however, specialists in anesthesiology, neurology or those with relevant additional training in the field of pain medicine/palliative medicine should also be able to initiate cannabis therapy, provided that treatment of pain is in the foreground.

Within the framework of this decision, the G-BA has also published a supporting rationale, which addresses the results of the BfArm’s companion survey, with consideration of the mandate in Section 31 para. 6 p. 9 SGB V.

While the conclusions of the accompanying survey were on the whole rather positive, the BfArM expressed concerns in its final report, especially with regard to the prescription of cannabis flowers. Compared with other cannabis medicines, the patients were significantly younger, and the THC content was higher. There was a lack of scientific publications dealing with the effectiveness and safety of such high doses. Also, the proportion of male patients to female was strikingly high. The obvious concern: a lack of differentiation between therapeutic effects and the temporary well-being felt following the consumption of cannabis flowers, which has a potential for dependence.

The G-BA will probably react to these aspects with a special obligation to justify the prescription of cannabis flowers and additional documentation and verification obligations.

The most significant change—the specification of necessary specialist medical qualification—is also a reaction to the potential for abuse identified by the BfArM. By limiting the ability to prescribe to those with specific specialist qualifications and experience, the aim is to ensure that the lack of therapeutic alternatives for the specific clinical picture can be safely assessed.

A number of statements were issued in connection with this procedure, such as one statement resulting from the cooperation of numerous associations which noted the “unnecessary restriction” of the current prescription practice and the “danger of increased bureaucratical hurdles forcing medical patients back to the black market.” (You can read the statement here—in German only.)

Once the G-BA subcommittee evaluates the comments, it prepares a reasoned draft resolution for the plenum to vote on. The plenum then adopts a resolution if at least seven votes are cast in favor and submits it to the Federal Ministry of Health (Bundesministerium für Gesundheit) for a review of its legality. If the Ministry has no objections to the decision within the two-month period, it is published in the Federal Gazette (Bundesanzeiger) and becomes legally binding.

The decision of the G-BA of 25 October 2022 provides for a significant restriction of the prescription practice of medical cannabis. This follows as a reaction to the results of the accompanying survey conducted by the BfArM.

Once criticism of the survey, according to the BfArM’s own reporting, is that it may depict a nonrepresentative data set. Despite the reporting obligation, only 21,000 therapies were reported by prescribing physicians in 2017-2022 of which only 16,809 were included as complete entries in the companion survey (the BfArM itself estimates that at least 70,000 such therapies were carried out between 2017 and 2020 alone).

The law does not provide for direct legal protection against the G-BA’s guidelines, with the exception of the non-applicable special provision of Section 92 para. 3 SGB V. Affected SHI-accredited physicians can only have these guidelines reviewed incidentally within the framework of an action for annulment against onerous administrative acts. Insured persons can also only obtain an incidence check of the guidelines. If the health insurance fund refuses to grant a service on the basis of the guidelines, insured persons can procure the service themselves in accordance with Section 13 para. 3 SGB V, and then file a claim for reimbursement of the costs incurred. 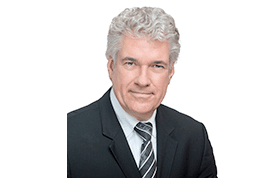