The Federal Institute of Drug and Medical Devices is promising a price of 4.30 euros per gram

Germany is starting to produce and sell medical cannabis so it can provide consumers with lower prices in pharmacies. The Federal Institute for Drugs and Medical Devices, BfArM (Bundesinstitut für Arzneimittel und Medizinprodukte) announced on 7 July that they have commissioned three companies Aphria RX GmbH, Aurora Produktions GmbH and Demecan GmbH to grow the plant on its behalf. The Institute will later distribute it to pharmacies for 4.30 euros per gram.

The prescription of medical marijuana has been legal in Germany since 2017, however, pharmacies have been getting their supply from imports, leading to unpredictable fluctuations in prices and variety of the product. This move does not ban the importation of cannabis, as BfArM does not have the legal power to do so, but, according to them, it will improve patient care.

The Cannabis Agency (Cannabisagentur) was founded in 2017 by BfArM with its headquarters in Bonn and is responsible for the controlled cultivation, harvest, processing, quality testing, storage, packaging and distribution of medical cannabis plants.

They also do quality control, following the agricultural laws of Germany. Their main objective is to ensure the availability of the plant.

Now the agency has commissioned the production and distribution providing pharmacies with a stable supply of the drug. According to the BfArM, German yields of medical marijuana will sell at 4.30 euros per gram. The Federal Agency asked for a volume of 10.4 tonnes of cannabis that will be collected in the span of four years, with an annual harvest of 2.6 tonnes.

The companies that will grow the plant

The cultivation will not happen directly through the BfArM, but by companies that have been selected in a Europe-wide tender process and commissioned by The Cannabis Agency.

Aphria RX GmbH, based in Neumünster, specializes in the cultivation and processing of medical marijuana. On their production site, they grow three types of plants, each differing in their capability to treat different ailments.

The second grower is Aurora Produktions GmbH, which has yet to establish a location in Germany. The company was founded in 2013 to provide patients, medical institutions, doctors, and pharmacists across Europe with access to safe and reliable cannabis-based medicine.

The third company is called Demecan GmbH and is based in Berlin, although their cultivation and processing facilities are located near Dresden. They are set to start production for the BfArM later this year.

Since the legalisation of medical marijuana, doctors have been able to prescribe the drug in its various forms, for example for pain relief. The drug is sold in pharmacies exclusively and most health insurance companies cover the costs of therapy.

According to a report on the Tagesschau broadcast many start-ups and foreign corporations, for example from Canada, cavort in the still small German market, however, this may soon come to an end. 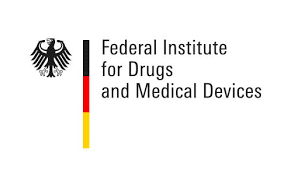