Germany: SDP May Legalize Posession Of Small Amounts Of Cannabis

Der Spiegel reports….. of course the kicker is Germans would have to vote them in again.

The Social Democrats have revised their program for the Bundestag election. In terms of drug policy, the party is now striving for a relaxed course.

The SPD had actually already presented its election program for the federal election – but at the weekend the party committees again discussed the so-called »future program« of Chancellor candidate Olaf Scholz’s . In a revised version, the SPD wants to get closer to legalizing cannabis .

In a newly added passage on drug policy it says:

“Bans and criminalization have not reduced consumption, they stand in the way of effective addiction prevention and protection of minors and tie up enormous resources in the judiciary and the police.”

A regulated supply of cannabis to adults should be able to be tested in model projects, at the same time the possession of small quantities should no longer be prosecuted. “Like alcohol, cannabis is a social reality that we have to deal with adequately politically,” says the program. 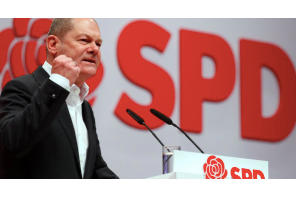