A GOP congressman filed an amendment to a spending bill on Wednesday, seeking to undermine a local Washington, D.C. ballot initiative to deprioritize enforcement of laws against a broad class of psychedelics.

But while Rep. Andy Harris (R-MD) made the case that his proposed measure represented a reasonable compromise—making it so only psilocybin mushrooms would be low police priorities and only if a doctor recommended them for medical reasons—he ultimately withdrew the amendment rather than force a vote.

“This amendment deals with Initiative 81…which would make the use of hallucinogenic drugs a low priority for enforcement in the District of Columbia,” Harris said in his opening remarks before the House Appropriations Committee.

The congressman added that he’s particularly concerned about the scope of the ballot measure, acknowledging that “there is limited data that psilocybin may be useful in some circumstances” but asserting that the same can’t be said of the other entheogenic substances such as mescaline that would be covered under the activist-driven initiative.

Watch video of debate and read the full story at MM 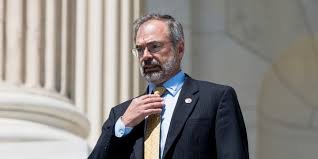