We highlight this, Marijuana Moment report because earlier this week on our Linked In network a cannabis / hemp company leader indicated a certain unhappiness with the sector being so “political”. Our response was, that by its very nature the sector is purely politics and was ever thus and that’s the nature of business generally. Not a comment that was particularly well received. As Orwell sagely noted, “In our age there is no such thing as ‘keeping out of politics.’ All issues are political issues, and politics itself is a mass of lies, evasions, folly, hatred and schizophrenia.”

So, the following from MM seems rather timely

The president of a major GOP super PAC is suggesting that sponsoring marijuana legislation will be an asset in Republican Sen. Cory Gardner’s fight to retain his vulnerable Colorado seat in the 2020 elections.

But while the senator’s embrace of cannabis reform has earned him bipartisan praise, he still faces an uphill battle in the Republican-controlled chamber to actually score a legislative win on the cannabis front to bring home to voters before next November.

“Cory Gardner is a tremendously facile politician. He gets a lot of bipartisan legislation pushed through,” Senate Leadership Fund President Steven Law, who previously served as chief of staff to Senate Majority Leader Mitch McConnell (R-KY), said on C-SPAN’s Newsmakers last week. “Because of where Colorado is on legalization of marijuana, he’s fighting for a states’ rights solution there that protects his state’s interests.” 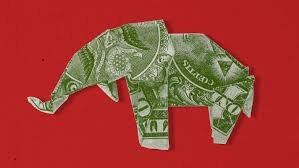