The WTU (We The Undersigned Have a Human Sovereign Right to Cannabis) has sent the following open  letter addressed to the UK Secretary of State, The Rt Hon Priti Patel MP. 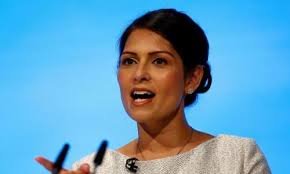 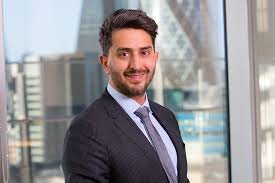 A grassroots online community, WTU (We The Undersigned Have a Human Sovereign Right to Cannabis), have united to call for peace in the Government driven “War on Cannabis” and have initiated a human rights based legal challenge against the government policy of cannabis prohibition.

WTU believes that the estimated 6 million plus cannabis consumers in the UK are being unjustly criminalised by the Misuse of Drugs Act and its improper scheduling of cannabis. WTU claims that cannabis’s legal status is politically driven, does not consider its many health benefits and overstates the risks without the evidence to back it up. The 6000 strong group have been collating evidence for several years now, to build a case against the Home Office policy of prosecuting people who choose to utilise cannabis for either therapeutic, nutritional, recreational, spiritual or creative purposes. They assert that the Home Office does not have the foundation evidence required to schedule cannabis with the more harmful drugs, such as cocaine and heroin.

WTU believes the evidence shows cannabis to be safer for human consumption than alcohol, so by MODA’s own metric, it should be treated the same at the very least. WTU aims to cease cannabis prosecutions and gain equality with alcohol consumers through the implementation of cannabis dispensaries for adults and home growing rights akin to home brewing rights and off licence alcohol sales.

The group was founded in 2018 by Phil Monk, a college teacher of Adult Literacy, numeracy, Spanish and ESOL, who became disabled by chronic myofascial pain from joint hypermobility spectrum disorder, arthritis, depression and PTSD. 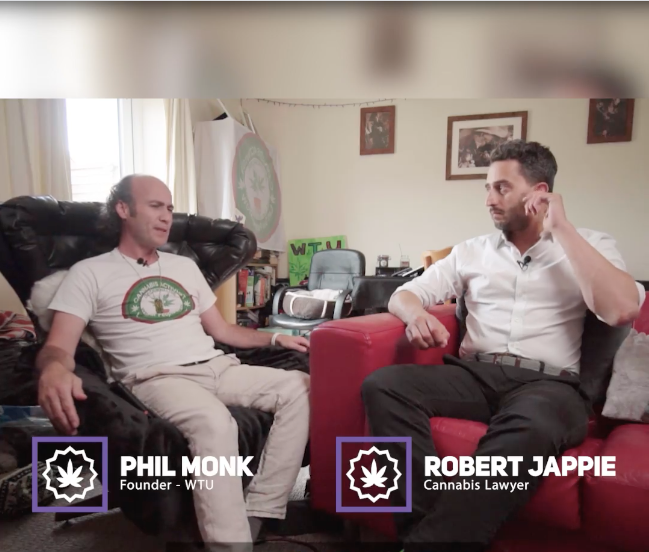 In 2014, after suffering multiple traumatising hospitalisations from the side effects of prescription drugs, including a mini stroke, brain haemorrhage and 2 cancer scares, Mr Monk turned to cannabis to alleviate his symptoms without risking his health from the side effects of pharmaceutical drugs. Until then, Monk had secretly utilised cannabis from the age of 16, because he preferred its effects instead of alcohol. However, at this point, Monk realised that his cannabis use had been indirectly managing his PTSD from childhood trauma and the increasingly debilitating joint pains as his conditions deteriorated.

Due to the poor quality of unknown cannabis varieties available to purchase from unlicensed street dealers at the time, and not wanting to support the criminal cannabis industry which traffics and enslaves foreign growers, steals electricity, enables cash flow for far more nefarious activities, and involves gang violence, Mr Monk determined the only moral, safe and ethical way to procure the cannabis varieties he required to manage his pain and improve his quality of life was to ‘home-grow’ his own.

Mr Monk questioned, “if folks can brew their own booze to drink themselves to death, why shouldn’t folks have equal right to sustainably cultivate a highly nutritious and therapeutic herb to improve their quality of life in order to secure their health, wellbeing and happiness, as per their fundamental human rights?”

However, Mr. Monk did not believe himself a criminal, he continued “my actions had no criminal intent and I only wished to improve my quality of life without risking further severe side effects.” He also believed the government had made a mistake regarding their understanding and legislation of cannabis.

Monk explained, “consequently, the day I sowed my first cannabis seed ‘KC Brains-Mind Escape’, I also wrote the then Prime Minister, Deputy Prime Minister, Health Minister, Justice Minister and my local MP informing them of my actions to protect my health and of their misunderstanding of cannabis.”

“Government responded by telling me that cannabis is a harmful schedule 1 drug warranting Class B sentencing, go back on the morphine, stop cultivating cannabis or face 14 years in prison!”

“I responded by telling them I would not stop in my pursuit of health, wellbeing and happiness that cannabis affords me in the face of my deteriorating conditions.”

Monk hasn’t stopped growing cannabis since then and soon became focussed on gathering as much research about the effects of cannabis and its prohibition that he could lay his eyes upon. After reading the report by Philip Robson “The therapeutic aspects of cannabis” Monk “burned with righteous fury”, for it highlighted to the British Government in 1998 that:

1. cannabis is generally safe, with a long history of therapeutic use
2. time was needed to develop marketable cannabis based medical products

3. Government should cease the criminalisation of people who choose cannabis to alleviate their symptoms.

This research made Monk determined to campaign to correct the law and assert his fundamental human rights to access cannabis for its many benefits, free from the fear of arbitrary State interference and the devastating consequences of prosecution.

However, he soon realised that it was far bigger than just his case; his reading of cannabis research had taught him that the case involves every human being, as cannabis is a generally benign, highly nutritious and therapeutic herb, that all humans have an endocannabinoid system, which is nourished by phytocannabinoids and which maintains homeostasis, or cellular biological balance in all mammalian physiology!

Achieving homeostasis is the key to good health and wellbeing. At this point Mr Monk began inviting others affected by the imposition of cannabis laws to join him to make a community campaign group and WTU has grown from there.

It took 12 months of contacting legal firms until Mr Monk eventually found a solicitor who was willing to challenge the injustice of the status quo of the “War on Cannabis”. All others refused, saying it was “too political, too expensive and would take too long”. None said it wasn’t possible.

On April 20th, 2019 the crowd justice fundraiser “No More Government War Against the CannaCommunity” was launched to raise the preliminary legal fees to obtain barrister review and support of the WTU Case.

After almost 3 years, the WTU Community has now gathered a mountain of information to form an evidence bundle consisting of 74 page document citing 43 sources, with hundreds of survey results and personal testimonials, further supported by expert report from Professor Mike Barnes and with the VAT analysis of the fiscal benefits of tax contributions from associated purchases for cannabis home cultivation.

To legalise or not legalise?

WTU member, veteran human rights campaigner, publisher and author Alun Buffry explains, “there is a lot of confusion about the actual law. “It” (cannabis) cannot be legal or illegal, legalised or decriminalised; it is a plant substance. The law is against possession, cultivation, sharing and supply – it is aimed at people and it punishes people.”

Buffry continued “so surely the question should be this, “should the law punish people that have done no harm to others simply for possession or cultivation of cannabis, even in the privacy of their own homes”?

On 23rd December 2020, after years of group dedication and collaboration, the solicitor representing WTU, Robert Jappie partner of Ince, wrote to the Secretary of State, presenting the evidence and inviting them to change the law to cease the harmful criminalisation of people who choose cannabis for whatever purpose and to implement a licenced cannabis market for adult purposes.

Progress in more forward thinking places than the UK, such as California, Colorado or Canada, demonstrates this is the most effective way to protect our vulnerable, respect human rights and to reduce criminality, whilst generating vital income for our economy that could be reinvested into objective drugs education, treatment and social infrastructure to reduce homelessness and to improve employment and education.

This is the first legal step after almost 3 years building their case and WTU intends to make a Declaration of Incompatibility between the Misuse of Drugs Act and the Human Rights Act soon.

Despite the overwhelming evidence of the relative safety of cannabis, the harms of prohibition and the benefits of regulation, WTU does not anticipate that this will sway with the cronyism of UK politics, which has severely conflicting interests in the UK’s homegrown pharmaceutical cannabis industry. The UK’s own GW Pharmaceuticals is registered on NASDAQ and has a market capitalisation of US$3.6bn, we are not talking small fry here!

Consequently, WTU anticipate the long-haul fight for their freedom to manage their health as they determine for themselves and not as dictated by politicians with conflicting interests.

If you would like to learn more about cannabis, its fraudulent prohibition and the WTU fight for truth and freedom please visit www.wtuhq.org for more information. 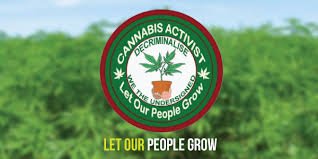