ATHENS – Growing cultivation of medical marijuana and exports will be bolstered by the New Democracy government keen to get the economy going after after being driven down hard by the COVID-19 pandemic.

A proposal presented by Development and Investments Minister Adonis Georgiadis at a cabinet meeting showed the cannabis would not be subject to the same laws as that sold domestically, which must follow the existing legislation calling for approval by the Hellenic Organization of Pharmaceuticals, said Kathimerini.

Exported products will be solely subject to the laws in the country importing them, the scheme at boosting production and exports, especially in view of increased interest by investors, the report added.

Kaya plans to build a 225,000-square foot cultivation site and 80,000-square feet of processing on 15 acres of land there, as companies have scrambled to get involved in Greece opening the market.

“Greek Kannabis and our project, Kaya Kannabis, is lucky to have the loyal cooperation and deep knowledge base provided by Dimitris and his team at Whitestone,” said Kaya CEO Craig Frank.

“They have demonstrated their expertise in numerous projects in Greece and abroad – including cannabis projects”, continued Frank, “and they are tried and true experts on the processes of cultivating cannabis, the processes extraction, the demands of logistics, the needs for security, and the requirements for EU-GMP Pharma grade standards – and manage to plan for maximum efficiencies,” he added.

Keen interest in Greece’s now-legal medical marijuana business with more than two dozen licenses approved could bring more than 100 million euros ($121.37 million) in capital investments, it was said in October, 2019.

That’s for the initial creation of sites in northern Greece to grow and process what’s called pharmaceutical cannabis products – marijuana – based on the number of licenses okayed by the economy and development ministry, said the business newspaper Naftemporiki then.

It’s been mostly foreign companies looking to invest in the new business with seven units set up so far in central Macedonia, including four in the Kilkis prefecture, near the free-trade-type zone at the major port of Thessaloniki, the country’s second-largest city.

Combined with the availability of land needed for the product’s the region is a prime spot for investors, the paper noted, with another point of export for future pharmaceutical cannabis products being the major port of Piraeus, one of the European Union’s busiest.

Speaking to Prohibition Partners, a spokesperson for the New Democracy government said the government is “very excited about the possibilities of medicinal cannabis” with the state actively “seeking international investment.”

Costas Vamvakas, Managing Director of Athens-based VK PREMIUM consulting group told Prohibition Partners, “The country needs cash, and this is pure foreign direct investment. Ministers have told me explicitly they fully support the medicinal cannabis industry and will do everything to back it.”

He said expected more investment with companies from Canada, Israel and The Netherlands also eager to bid.

“The market wants packaged dry flower, so expect a lot of high-THC production for medicinal use,” Vamvakas said. “The problem is there are some gray areas around THC production, and firms may require more explicit guidance from the government.”

The site said Greece is primed to be a big player in the European Union cannabis market could be worth up to 123 billion euros ($149.29 billion) by 2028 and the country could have an edge if it becomes, as Prime Minister Kyriakos Mitsotakis promised, more business-friendly.

That was before the onset of the pandemic that brought two lockdowns of businesses in 2020, the second still going on into the new year that has staggered many companies.

Greece legalized medical cannabis in 2017, and in March 2018 repealed a ban on cultivation and production but businesses must set up a Greek company to buy or lease land, and prepare the documentation for the installation license and then apply for an operations license and a medical license from the National Organisation for Medicines to begin their businesses. 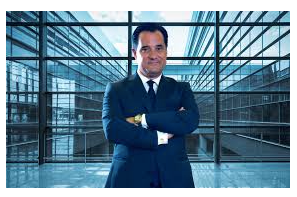