Edible Arrangements claims GTI’s Incredibles brand infringes upon its numerous federally registered trademarks, including “Edible” and “Incredible Edible,” according to a complaint filed Wednesday in the U.S. District Court for the Northern District of Illinois.

The complaint asserts that GTI has no trademark rights over the “Incredibles” name and that a stylized Incredibles logo is “confusingly similar” to Edible Arrangements’ own logos. 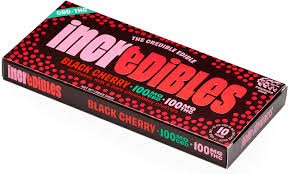