Guam: Cannabis Board Produces List Of Things You Can & Cannot Do As A Legal Recreational User

Responsible adults can grow and consume recreational marijuana at home, but selling it or trading it for something of value still is illegal, according to the Cannabis Control Board, which on Tuesday approved a list of 10 things the public should know about using it.

“People are saying things like it’s all legal now,” said board member Therese Arriola, who is director of the Guam Behavioral Health and Wellness Center. “There’s a lot of misinterpretation,” Arriola said. “We need to make sure that there’s clear statements and understandings out there.”

The board currently is working on rules and regulations for the commercial cultivation, testing and sale of recreational marijuana, but they will not be complete until April 2020. The rules and regulations currently used by Colorado recently were distributed for review, according to Vice Chairwoman Dafne Shimizu, who is the director of the Department of Revenue and Taxation.

The rules for marijuana cultivation will have priority, according to the board, because it will take growers three to nine months to realize their first harvest. In contrast, it will take only a couple of months to set up a lab, they stated. “There has to be the initial crop,” said Adrian Cruz, who is a senior policy advisor to the governor.

During their discussion, board members noted that, while home cultivation is limited to six marijuana plants at a time, you can legally possess unlimited amounts of harvested marijuana at home. Board members voted to omit that fact from the Top 10 list in order to avoid confusion. The final version of the list states it is legal to possess an ounce or less of marijuana on your person or in your vehicle.

Here’s the final version of the list approved by the board:

Board members also voted to send a letter to the Legislature, asking lawmakers to clarify the legal requirement for an economic impact study in connection with recreational marijuana. 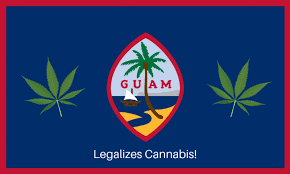