Guest Post: The legal status of CBD oil in Brazil

Brian Cusack writes…The 19th century. This is when cannabis landed in Brazil, introduced by the Portuguese colonizers. Fast forward, the booming cannabis industry in Brazil aligns with what is seen around the globe. Brazil is one of the fastest-growing cannabis markets in South America. Guess what is fuelling the growth, at the same time extinguishing its growth levels?

The state of cannabis legalization in Brazil is somewhat complicated. It is unmatched with that of neighboring countries such as Uruguay that have more considerate regulations. Yet still, there is a sharp increase in the number of medical marijuana users in Brazil. The year 2019 saw the numbers of authorized cannabis patients hit a 13000 high.

You may ask, what is the legalization of cannabis like in the country that is best known for its footballers?

A key factor leading to many of the cannabis legalization and decriminalization push around the world is the discovery of phytocannabinoids. Many of us can easily understand the different compounds that make up the cannabis plant. Those that interact with receptors in our bodies are the cannabinoids. We are talking about the cannabidiol (CBD) and tetrahydrocannabinol compounds.

So, there are solid pointers that will never be left out when discussing the legality of cannabis. This is what is going to determine the state of cannabis legalization in Brazil.

In a landmark decision in 2015, Anvisa allowed the prescription of medical cannabis products to terminally ill patients. The government provided a list of conditions that are used to determine whether individuals applying for medical marijuana use get approval by the state. These conditions include Dravet’s syndrome and epilepsy.

After the decision to allow state-approved patients to import CBD oil products, a cap on the content of the products was put into place. For instance, only products with less than 0.2% THC were allowed. As for CBD, there were no minimums or maximums set.

In 2019, Anivisa made another mammoth decision that favors terminally ill patients. The cannabis watchdog allowed products with more than 0.2% THC to be sold in pharmacies for treating chronic conditions. The high THC products were also made to be an option for patients who have depleted alternative therapies.

Things look brighter on the medical cannabis side but not for recreational cannabis users. A dark cloud still hangs on marijuana use with the president reiterating how determined he is to ensure no loopholes in regulations.

Marijuana use is completely prohibited in Brazil. The possession of small amounts of marijuana attracts light penalties, as stipulated in article 28 of the Brazilian Drug Law. Those found breaching the prohibition on recreational marijuana use risk:

Cannabis cultivation in Brazil- Is it legal?

After Anivisa allowed the importation of products with more than 0.3% THC, a final vote disallowed the cultivation of cannabis in Brazil. This is where the legalization of marijuana in Brazil gets interesting. Read this.

Large plantations of cannabis mainly for commercial purposes, are illegal in the South American nation. However, the New Drug Law regards individuals to grow small amounts of marijuana for personal use.

Note that those caught with minimal marijuana amounts for personal use may still be liable to penalties associated with possessing small amounts. It is better termed as a decriminalization move for private cannabis rather than legalization.

What about industrial hemp?

Industrial use of cannabis has been around for some time now. Mostly, the cannabis variety used for this reason is hemp rich in fiber. This is what is termed as industrial hemp. Is it legal in Brazil?

After Anivisa allowed for the sale of high THC products in 2019, a case ruled in favor of industrial hemp farmers in Brazil. The lawsuit filed under the Federal District Brasilia allowed for the import and cultivation of hemp seeds with less than 0.3% THC.

In the historic 2019 ruling, Judge Renato Coelho Borelli called out on the Ministry of Agriculture to have hemp on the list of national cultivars. Those who will be allowed to farm hemp will only do it under the strict eye of the ministry and Anvisa. The growers can sell the industrial hemp as supplies or inputs.

The impact of full marijuana legalization in Brazil

As seen in many regions with legalized cannabis, an increase in revenue collections from the market is imminent. For users, it’ll mean more affordable and available cannabis products. 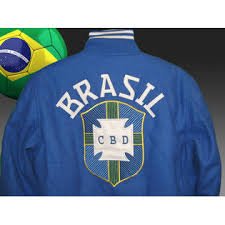