Brian Cusack gives some background on the legality of CBD in Greece:

Until recently, a mention of the word cannabis could cause faces to frown, followed by strong words regarding its status. This is because as early as 1930 countries like the United States passed laws that stopped the cultivation and possession of cannabis, as the drug was found to contain a toxic chemical (THC) that had a significant effects on the body and mental state of individuals. Considering this negative narrative about cannabis and its related products, other countries all over the world even on the continent of Europe followed suit and passed their anti-cannabis laws, stopping the cultivation, possession, and consumption of the cannabis plant in any form.

However this negative narrative has been re-written in recent times with CBD oil now recognised as a health food supplement with potential health benefits for both men and women. Increased research studies and anecdotal evidence both continue to highlight the positives of this natural diet supplement in conjunction with its lack of side effects on the body. Claims from people using CBD as a health food supplement include relief from anxiety, seizures, stress, sleep and inflammation. The safety and quality of cannabis cannabinoids or compounds is very important however and is very much regulated as a food supplement.

In most countries in Europe, including Greece, CBD is now referred to as a food supplement which can be added to your diet like any other common vitamin or mineral health supplement. CBD is fast becoming as popular as vitamins like calcium, vitamin D and magnesium which are used to aid the immune system or bone health. The difference is that CBD nutrients can be taken in a variety of forms from CBD oils to capsules to creams and even coffee.

What’s the Status of Cannabis Food Supplements in Greece?

As briefly highlighted above, just like most countries and cities in Europe, recreational cannabis is not permitted and Greece is no exception. In the 1950s, the government of Greece banned the cultivation of the varieties of industrial cannabis as laws were passed to classify the plant as unauthorised. As a country that can be considered as largely conservative, the ban has remained, and even till today, the use of cannabis for recreational purposes is still very much not permitted.

However, if you are planning a trip to the beautiful country or you live in Greece and you would like to know more about the status of cannabis, you should know that just like in most parts of the world, the narrative is significantly changing in the country. In recent times the rules have been reviewed especially when it comes to CBD oil, chemically known as cannabidiol. As always before buying CBD oil check for CBD oil reviews, lab testing and always make sure the products are full spectrum CBD oil.

If you are a CBD oil enthusiast, these are most definitely the best of times for you because in most parts of the world, the mentality surrounding CBD products is changing. Governments and individuals now see the compound in a more positive light in most European countries like Italy, the Netherlands, Spain, and Greece (as a matter of fact CBD is permitted in every country in Europe except Slovakia). Although there is a difference in status from country to country, leaders are looking to benefit from the economic viability of CBD as the industry is becoming more and more robust.

Because of the increase in the discussion about CBD and the variations in regulations, there is some confusion about this topic just like CBD oil Ireland. So, if you are intending to visit a country like Greece where some cannabis products are still not permitted, it is critical to understand the difference.

Hemp and marijuana are very different even though they are both classed as members of the cannabis plant family. The difference between the two varieties is that the term hemp is used to classify the varieties of cannabis that contain less than 0.2% of THC (the psychoactive compound that alters a person’s mental state) and contains more CBD, while marijuana varieties contain more than 0.2% of THC and relatively less percentage of CBD. This means that in countries like Greece, hemp is the variety that can now be cultivated and distributed a CBD oils.

The Evolution of Cannabis as a Supplement In Greece

Since the cultivation of all forms of cannabis was given a positive status in Greece, there has been a lot of research in the area and a lot has changed. Following in the footsteps of other countries around the world that are now pro-CBD, in 2017 the Greek government declared the use of cannabis for medical purposes as authorised. This significant event saw the downgrading of hemp from a Class A drug to Class B because it is considered to be effective in the treatment and management of some medical conditions.

Following this, in 2018, the government went further to allow the cultivation and processing of medical cannabis in the country.

Ultimately, what this means is that, in Greece, hemp has been excluded from the list of controlled substances. Also, the laws are in conformation with the EU regulations that CBD oil and CBD products are now permitted provided that they contains less than 0.2% of THC. This status also allows for the production and sales of foods and beverages containing CBD, provided that the manufacturer is licensed to do so and proof of testing is available to show that products don’t contain more than 0.2% of THC.

As the demand for CBD products continues to grow, we predict that other countries will make the use of hemp permitted just like in Greece given its many benefits as the narrative continues to change and become more positive. To understand the rules better abd stay out of trouble when in Greece, click on this link for more information www.opengov.gr/ministryofjustice/?p=1332. 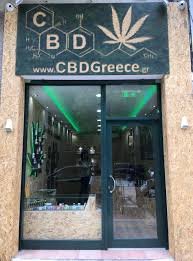