Here’s the report in full which suggests that Hawaii will need to run at full speed if they are ever to catch up.

The state Department of Agriculture began issuing permits to grow up to 10 acres of hemp in June 2018. But in December, U.S. Congress substantially loosened the restrictions on hemp by removing the plant from the federal government’s Schedule 1 controlled substances list.

The U.S. Department of Agriculture (USDA) has not yet published the administrative rules governing the cultivation of hemp, and Hawaii’s laws were written to be in compliance with the older, stricter federal rules.

That led Hawaii’s chief executive to veto S.B. 1353 passed by lawmakers that would have loosened state-level restrictions on the cultivation of hemp. In states like Oregon and Colorado, industrial hemp is already in full bloom.

Ige said he wants to make sure that any laws passed in Hawaii are aligned with the still-unpublished USDA rules, but many farmers are frustrated, including Ray Maki on Kauai.

The veto has left many interested in developing Hawaii’s hemp industry in a state of uncertainty, according to Steve Rose, who runs the Maui Hemp Institute.

“We were poised to move ahead with starting to grow hemp commercially. There were many multimillion-dollar projects on all the islands that were being planned and now I’ve heard of people of pulling out because of the legislation.”

Ige says the Hawaii Department of Agriculture has a team standing by to begin drafting the state’s hemp rules once USDA publishes its own policies. 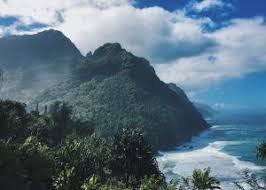