A government chemist in Hawaii cooked up batches of LSD for active-duty members of the U.S. military who responded to ads for the powerful hallucinogen posted on social media, prosecutors allege.

Trevor Keegan, an “extract tech” in the Disease Outbreak Control Division of the state Health Department, was charged earlier this month on one count of conspiracy to distribute controlled substances. His alleged co-conspirator, Austin White, is not known to be affiliated with any government agency. He is facing the same charges as Keegan.

The case came to the attention of investigators last September, when a confidential informant tipped off the U.S. Air Force Office of Special Investigations (OSI) about “an individual [who] was utilizing…Snapchat to advertise and conduct drug sales, particularly with active duty military service members.” The existence of the investigation has not been previously reported.

OSI turned the investigation over to the Drug Enforcement Administration (DEA), which was soon able to identify the Snapchat dealer as White, prosecutors said.

LSD use within the armed forces has become an issue of late. In 2018, rampant LSD consumption by members of the Air Force’s nuclear missile corps was exposed by the Associated Press. Since then, the Naval Criminal Investigative Service has reportedly launched nearly 200 investigations into LSD-related offenses, with cases spiking by 70 percent in the first four months of 2020. As recently as 2006, LSD use in the Air Force was so rare it was removed entirely from the standard drug tests given to airmen.

In December 2019, an undercover DEA agent contacted White on Snapchat to arrange a purchase. During that meeting, White allegedly sold the agent 20 grams of “a suspected LSD mixture in the form of ingestible gummies” for $200. The following month, White sold the same undercover agent about $1,400 worth of gummies and tabs of blotter acid, the complaint states. White’s source “work[ed] in chemistry,” he told the undercover agent, and said he “makes his own stuff.” White then agreed to have “the cook” make another 300 blotter tabs in advance of their next meeting, according to prosecutors.

That’s when White got sloppy. After getting $2,500 from his customer, White pointed to a car parked nearby. White allegedly told the undercover that the vehicle’s driver—and lone passenger—was his supplier, before walking over to retrieve the drugs. DEA agents were able to identify the driver as Keegan, according to court filings.

Both men were arrested at the beginning of May. The blotter acid tested positive for LSD, although the gummies did not.

“You would think that employees at the state disease outbreak control center would be too busy these days for such extracurricular activities,” Dan Grazier, an ex-Marine Corps officer who now works for the nonprofit Project on Government Oversight, told The Daily Beast. “I don’t recall a single instance of anyone testing positive for LSD when I was in the Marine Corps. I have heard it is becoming more common because it is quickly passed through the system and can’t be detected in a urinalysis after 2 to 3 days.”

Former U.S. Air Force squadron commander Cedric Leighton, who retired from the service as a colonel, said he discovered at least three of his airmen using LSD during his 26-year career.

“Our service members are good people, but, like anyone else, they can be one bad decision away from ruining their careers and their lives,” Leighton told The Daily Beast. “I saw it as my job to help them avoid those bad decisions.”

Keegan and White’s attorneys did not respond to a request for comment, nor did the U.S. Air Force Office of Special Investigations.

Both men are free on $50,000 bail. Keegan is expected to plead guilty at the end of October. 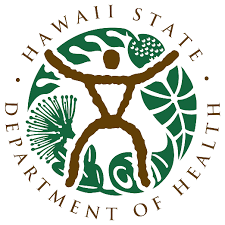