An Indiana hemp company looking to finance a lawsuit to recover damages after its crop was destroyed in California is turning to an unusual source: blockchain investments in exchange for a cut of future legal awards.

Apothio LLC is trying to restart a stalled effort to get up to $1 billion in damages from the California Department of Fish and Wildlife and local authorities after they bulldozed 500 acres, a total of 17 million plants, in Kern County in 2019. 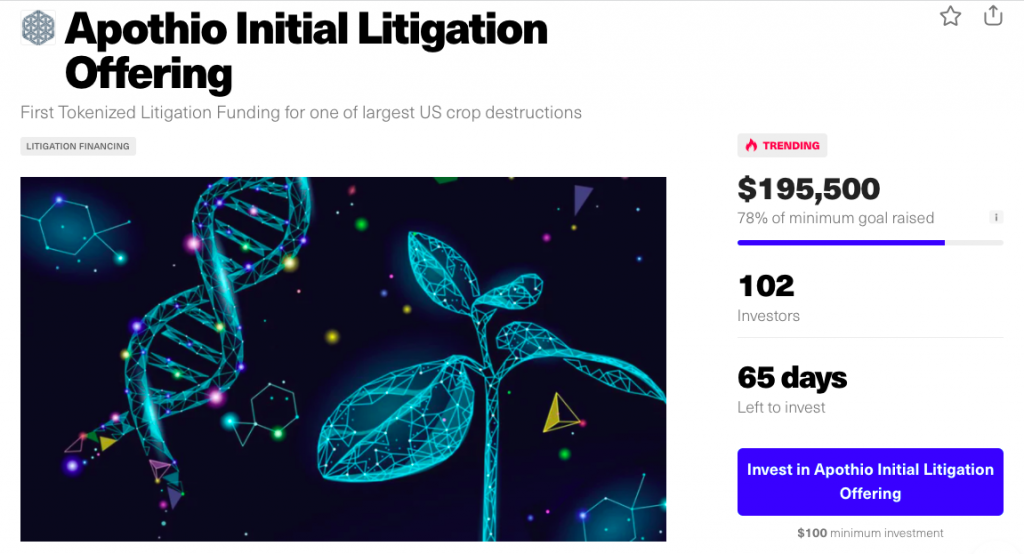 Apothio argues that the plants were later tested and found to be legal hemp.

The lawsuit has been on hold since January.

This week Apothio started an Initial Litigation Offering, or ILO. Investors can buy cryptocurrency tokens from Apothio in exchange for a cut of a future settlement from California.

The company told the U.S. Securities and Exchange Commission that it hopes to raise up to $5 million from the ILO.

Apothio is selling the tokens for $100 each through January. The tokens can’t be traded until one year after purchase, according to regulatory filings.

Apothio in its filing concedes that ILO investments “involve a high degree of risk” and that investors may not see any return if Apothio’s claim fails.

Law 360 first reported Apothio’s ILO. The legal news agency reports that litigation finance has been a growing area of investment in the U.S. in recent years.