High on the Highway: Here’s Why You Shouldn’t Drive While High

Most people are already aware that car accidents are the leading cause of death in America. Despite this information, about 800 people per day are injured in DUI-related crashes, and each incident where a driver is found to be under the influence of marijuana only hurts the reputation of users. This article is meant to give a few gentle reminders on why you shouldn’t drive while high.

While it’s true that the effect marijuana has varies from person to person, the argument that marijuana sharpens the focus in someone people is untenable because the variance in these effects is only true for the first 10 minutes. After the 10 minute mark, most, if not all users would have impaired judgment, slowed reaction time, and a diminished reaction time, as well as an inability to perceive time and distance. Anything that impairs your ability to drive — even slightly — significantly increases your chances of figuring in or causing a car accident.

Legal Effects – When Is a Person Under the Influence?

With alcohol, the threshold before a suspect is deemed to have breached a law is their blood alcohol percentage. However, it can be difficult to determine whether a person is driving under the influence of marijuana at the time of apprehension because THC (the psychoactive chemical in marijuana) can stay in the bloodstream for four to five weeks. This is why you cannot be charged with a DUI based on the discovery of drug traces in your blood. Instead, drug recognition experts will be called to the scene to evaluate whether a suspect is currently impaired.

What Happens When You’re Convicted With a DUI?

Apart from getting arrested, being fingerprinted, attending court, losing driving privileges, and paying fines, a DUI conviction can also have adverse effects on other aspects of your life. Not only will you deal with the guilt and shame associated with a DUI conviction. This is significantly compounded when the accident you caused cost someone their life. This will also entail that you spend time in jail.

While the conviction itself will not have a direct effect on your chances of securing a loan or mortgage, the period of unemployment associated with your jail time will be a red flag that loaners will be wary of. You’re also going to be heavily burdened financially because you’d have to pay for a special insurance policy which can double or even triple your premiums. This is on top of any damages that you owe to the injured party.

Some injuries may even require you to pay many years worth of damages depending on the stipulations found in the court resolution.

Even when there are professionals like this Chicago DUI lawyer who can help you defend your case, you have to focus on preventing these accidents. Don’t smoke and drive. If you really want to smoke, at least hail a ride, or sober up before driving. 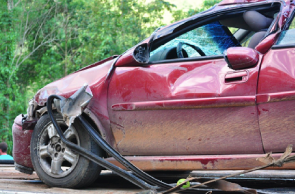