Higher THC Percentages To Be Sold In Uruguay Pharmacies

This has been a bugbear in Uruguay for a while..

ICBC reports…..Uruguay first passed a national adult-use legalization measure back in 2013, making it the first country on the planet to do so since the dawn of prohibition. The historic legalization measure provided for various ways for consumers to obtain cannabis, including private clubs and home cultivation. It also provided for eventual legal sales through pharmacies for two varieties of cannabis flower, “alpha” and “beta” flower. Both options have a THC level of less than or equal to 9% and a CBD level of greater than or equal to 3%. Thankfully, a third option is on the way, and the cannabinoid limits are much more favorable.

To put things into perspective, cannabis flower that tops 30% THC is common in many legal states in the U.S. and in Canada. For some consumers, anything less than 30% is often deemed as not being strong enough. For patients in particular, especially those that suffer from chronic and severe pain, high-potency cannabis flower is an optimal form of medicine.

A huge benefit of adult-use legalization is that patients don’t have to jump through all of the hoops of a medical cannabis program to obtain their medicine. In Uruguay, they simply have to be of legal age and go to a licensed pharmacy that sells adult-use cannabis. However, that only works out if the pharmacy actually sells cannabis that is strong enough to help the suffering patient.

Part of the reporting out of Uruguay indicates that yet another strain, a fourth option, is being considered for pharmacies, with a potential release date being next December. No details seem to be available regarding what cannabinoid levels will be involved. It’s definitely possible that an option with an even higher level of THC could be involved, however, without any details surfacing I suppose it’s also possible that it could be a low-THC, high-CBD strain. We will all just have to wait and see.

One thing that is clear is that Uruguay’s adult-use cannabis regulation model, the first one in the history of the world at a national level, is still evolving. That in itself provides a learning moment for other countries that are exploring which components to include and exclude for their legalization frameworks. Lawmakers and regulators in those countries need to approach cannabinoid level limits objectively. By doing so they will no doubt realize that THC percentage limits do not serve any actual scientific purpose, but rather, are born out of reefer madness and as a result they should never be a part of any sensible cannabis public policy. 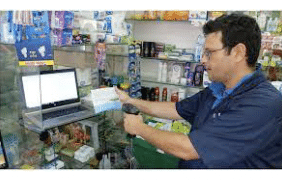