How Is This So ? Special Report: Compass Cannabis is doubling down on Australia, which it says is the fastest growing medicinal cannabis market in the world.

Compass Cannabis launched two clinics in Australia last year and is now prepping for an equity crowdfunding campaign on Birchal in July.

“I believe Australia and New Zealand are the best international markets outside North America in terms of growth. Both have flown under the radar because of COVID-19 and because they’re still early stage, but the near-term catalysts are here,” Martyn, president of Compass Cannabis, told Stockhead.

Has our mate Dave ever dealt with Australian state and federal politicians?

Does he realise that although there are a slowly rising number of medicinal cannabis patients in Australia we concur with his analysis there . At the speed Australia is going they’ll have the same amount of medical patients as  Canada or the USA (% compared to poulation)  sometime in the 23rd century.

Nevermind…. an undereducated medical community on medical cannabis who also happen to be extemely conservative about change.

We could go on.. but we think you might get the message by now.

Dave may well have had a some vactions in Australia, he well have a couple of clinics etc but unless he is very well politically connected it’ll all come to naught over time.

Also Dave..  beware friendly Aussie mates bearing gifts. They aren’t as friendly as you think and you’ll never break into their Aussie mateship circle. It just doesn’t happen, even when they are making money out of you!

Special Report: Compass Cannabis is doubling down on Australia, which it says is the fastest growing medicinal cannabis market in the world.

Over the last year the Australian cannabis market has been marked by foreign pot stocks fleeing their investments here, but one international company has chosen to double down.

If that isn’t serious enough, boss Dave Martyn is even planning to move here.

“I believe Australia and New Zealand are the best international markets outside North America in terms of growth. Both have flown under the radar because of COVID-19 and because they’re still early stage, but the near-term catalysts are here,” Martyn, president of Compass Cannabis, told Stockhead.

Compass Cannabis is a clinic business, with two in NSW and five in Canada.

In Australia it has a partnership with Medipharm Labs to supply white labelled products to be resold in the clinic model, and with Medigrowth in New Zealand.

Martyn’s plans for Australia include a clinic in Melbourne, a hotspot location for medical cannabis companies, and the physical clinic network more broadly.

The company also has a telemedicine and virtual health service — technology that has been in hot demand since the COVID-19 pandemic forced the world to remain in their homes.

“We have been using telemedicine in both Canada and Australia since the pandemic started, with quickly growing numbers of patients. However, the goal is to expand our reach and capabilities as patient demand for these services continues to increase,” he said.

Australia is the cannabis growth capital of the world

They chose Australia over other growth markets like Germany, the UK and the US because of huge growth in patient numbers month-on-month.

Having worked in a variety of jurisdictions, Martyn also says Australia’s cannabis regulatory processes are some of the most business friendly in the world. The possible reclassification of cannabidiol (CBD) in February next year is also very positive.

For New Zealand, the potential is if adult cannabis use is legalised in September, opening the door to a cannabis tourism boom similar to that seen in Colorado and Oregon in the US.

“We’ve really looked hard at different regions, but Australia was the one we really found had the potential,” Martyn said.

“In 2018, when we first arrived, it was very early in the business cycle. Where we see it sitting today, well I suspect cannabis is Australia’s fastest growing industry.”

Patient access numbers have set new monthly records in nine of the past 13 months and May was the first month with over 4000 authorisations for use. For perspective, in all of 2017, the year after legalisation, there were around 250 approvals given for the year.

“We don’t see that number slowing. It’s already exceeding the early Canadian patient figures which were 7900 after 13 years in 2014,” Martyn said.

Over 15,000 prescriptions were approved last year and estimates for 2020 start anywhere around 70,000 — that’s the Department of Health’s expectation presented to a Senate committee — to 140,000 according to data analytics firm Fresh Leaf Analytics.

Compass Cannabis is not short of cash for its growth plans. A retail division called Starbuds International, named Canada’s startup of the year in 2019, was sold in April for $14m.

However, the company wants to align its business with Aussie retail investors and wants a bit extra in the kitty to fund growth in several different areas.

Martyn is targeting retail investors via Birchal because, as in Canada, they have been the earliest backers of medical cannabis with institutions and professional investors entering later.

“Australia is a market we have funded out of our own pocket since 2018. We’ve had some good success — we have a couple of clinics here and patient growth is very strong — and now we better understand the market and where it’s going we want to expand,” Martyn said.

“We see significant opportunities in advising patients on medical cannabis, and around importing and selling products. We are also looking for funding to expand our telemedicine and virtual health system in Canada and Australia. With COVID-19 keeping everyone at home, it feels like a great time to do this.”

The plan includes having products, both dried flower and oils, available for the highly anticipated CBD reclassification, which will see products that don’t contain THC moved from the Special Access Scheme prescription-only model to available over the counter in pharmacies.

Australia is the next big growth market: Compass Cannabis 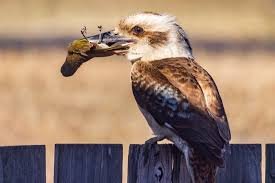