H&R Block Nab Tilray’s In House Counsel For Themselves

Bloomberg report that the reason they’ve taken on Dara Redler is to fight a lawsuit over the company’s name against billionaire Jack Dorsey’s Block Inc but we wonder if they don’t have a longer term plan in mind and are banking on Washington actually doing something about Federal cannabis legislation by year’s end.

Time, as always, will tell

Redler succeeds Thomas Gerke, who will retire Jan. 17 after a decade with H&R Block, the company disclosed in a securities filing on Monday. After leaving Coca-Cola, Redler spent two years as the top lawyer for Toronto-based Tilray Inc., which leads Canada in cannabis market share.

The company, co-founded in 1955 by the late Henry Bloch and his brother, Richard, filed a trademark lawsuit last month against Block Inc., the payments company formerly known as Square Inc. H&R Block claims Block Inc. is a direct competitor after agreeing to buy Credit Karma Tax in 2020.

Block Inc. filed a motion to dismiss the lawsuit, saying it doesn’t use the brand to sell customer-facing products. Law firms in the case are Debevoise & Plimpton and Kansas City, Mo.-based Berkowitz Oliver for H&R Block and Quinn Emanuel Urquhart & Sullivan and Armstrong Teasdale for Block Inc.

Redler spent two decades in-house at Coca-Cola in Atlanta, where the former Alston & Bird associate rose to the level of senior counsel for worldwide marketing and growth prior to joining Tilray in 2019.

Gerke, the current general counsel and chief administrative officer for H&R Block, will assist in the transition of his duties at the largest U.S. tax preparer to Redler, the Kansas City, Mo.-based company said in its securities filing. 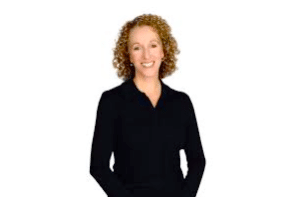