Ganjapreneur reports…...Lawmakers in the Idaho Senate fast-tracked a bill last week to ban cannabis advertising in the state in response to roadside cannabis ads near the Oregon border.

Idaho’s Senate fast-tracked a bill to the House of Representatives last week aimed at banning cannabis advertising in the state, according to the Associated Press.

The Senate voted 21-14 to advance the measure, allowing little time for public input. Supporters of the measure say it is in response to roadside cannabis ads located near Oregon.

Although the advertising of alcohol and tobacco is banned in Idaho, activists say the legislation will stifle signature gathering for future statewide cannabis initiatives. The bill’s sponsor Republican Sen. Scott Grow said that while he is concerned about in-state advertising for out-of-state cannabis products, it remains unclear how the bill might affect the signature-gathering process and it would take a legal opinion to fully determine that. 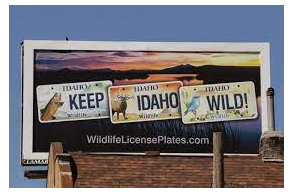