Metamora, IL (WEEK) — Metamora’s board of trustees unanimously approved a three percent sales tax on marijuana sold in the village on Tuesday.

The vote is not a green-light for the sale of marijuana within its limits. Local governments need to pass any taxes on weed by October 1 ahead of its January 1 legalization. Metamora could still vote to ban the sale of it at any time.

Also at Tuesday’s meeting, the board voted to disband its K9 officer, Oz. Mayor Ken Mauer says Oz’s primary role was sniffing for marijuana, which is about to be nearly obsolete. His handler has also been on leave from injury.

Mauer says Oz, who’s been with the department for five years, will retire early with his handler’s family. 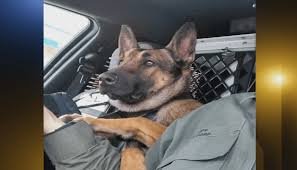