Here’s the introduction to the piece….Others such as J.M., who has 16 plants on his property, grow cannabis it just to get by. J.M. has been unemployed for years, suffers from health problems and receives help from the charity Caritas. He was sentenced to one year in prison and will go to jail in a few weeks because he cannot afford the €3,400 fine. “It’s like my world is falling apart,” says the 52-year-old who finds it hard to understand how such a small plantation can have put him behind bars.

“A lot of people fool around with marijuana as though nothing is ever going to happen to them, but jail is a real risk and it changes your life forever,” say police sources.

But despite the risks, the trend continues to grow. In June this year, the police seized more than 5,500 plants and arrested 50 people in Málaga, including a 23-year-old man who had 17 plants at his home in Mijas, a 30-something couple with 300 plants at their semi-detached chalet in Alhaurín de la Torre, a 22-year-old man who had 300 plants in a rented flat in Benalmádena, a 32-year-old woman who lives with her young children in a flat with 128 plants in Málaga city, where a 43-year-old man was also arrested for cultivating 80 plants in two storage rooms. “There are more police raids now,” says Francisco Javier Molina, deputy inspector of the local polices investigation and protection department.

The places where cannabis is grown are also varied. Family apartments are the easy option but they need more equipment to prevent the smells and noise, and because a lot of energy is consumed, electricity companies can often get suspicious. Others use abandoned warehouses and squatter homes as well as rural properties, particularly in the hills around Ronda – just over a month ago, the police raided a greenhouse in this area with 1,607 plants. Then there was the disused restaurant in Periana, whose owners were more interested in growing marijuana than serving food.

Police warn that the criminal organizations in charge of distributing marijuana are dangerous. Some are branches of bigger organizations involved in cocaine trafficking across the Strait of Gibraltar while others hail from the north of Europe, where almost all the cannabis grown in Málaga and Granada ends up. 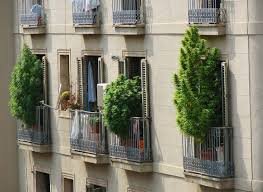