This was informed by the state chief minister N Biren Singh while addressing a press conference at Chief Minister’s Secretariat in Imphal on Saturday.

Biren said the preparations are on to discuss the matter in the state Cabinet meeting.

So the wild cultivation of the plants needs to be systematically planted so that it can be utilized for medicinal purposes.

He said he had posted a news story of a mother selling her house to buy her daughter’s medical cannabis oil in his Facebook page.

But to make it successful he sought the support of the general public, intellectuals, civil society organizations and media in the State.

“So that we can march ahead and we can make Manipur an economically and socially advance state,” he added.

“The growth rate of Gross State Domestic Product of the state has increased double from four per cent in 2016-17 to eight per cent in 2018-19,” he added.

Stating that such result shows that with the advent of the present government there is economic growth in the State, he said the government could achieve such result with the love, support and co-operation of the people of the State.

He also added that the inflow of foreign tourists in the state has been drastically increased from 500-600 tourists per year in 2015-16 to above 1000 tourists per month these days.

Such pace of development and growth would transform Manipur into an advanced state in near future, he said.

He also informed that a new programme called ‘Stand-up Manipur’ would be introduced to provide soft loans to scheduled caste, scheduled tribe,other backward classes, minority entrepreneurs of the State under the ‘Start-up Manipur’ scheme with its existing Rs 30 crores budget.

A facilitation centre will also be opened soon in this regard to support these weaker sections of the society.

Reacting to a question on single use plastics in the state, the chief minister also informed that the discussion is on for it. 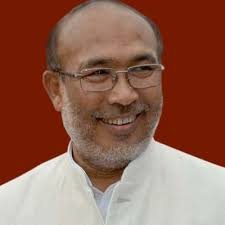