Many fledgling companies aspire toward completing an IPO. Some succeed, but many others do not. Occasionally when a company falls short of its IPO plan, litigation results, in the form of a “failure to launch” claim.

MXY Holdings (MXY H) sells cannabis products under the Moxie brand. In April 2019, Max H formed MXY D as a vehicle for holding convertible debentures in MXY H. A group of investors, including a number of foreign investors, purchased in MXY in a financing transaction that, among other things, provided that MXY H was to go public by May 17, 2021. The investors were to receive a distribution of MXY H shares at the time of the IPO. If the IPO was not completed by the target date, the investors’ funds were to be returned to them, with accrued interest. The financing transaction raised over $30 million. MXY D loaned the financing proceeds to MXY H.

MXY H did not in fact complete an IPO by the target date. According to the subsequently filed lawsuit complaint, the parties, including executives from MXY H and representatives for the investors, attempted to negotiate a workout of the debt repayment. However, according to the complaint, five days before the deadline, MXY H’s CEO, Jordan Lams, resigned as the sole director and officer of MXY D. According to the complaint, this action was taken to “paralyze and freeze” MXY D. The complaint further alleges that the “failure to secure a replacement MXY D director ensured that MXY D would be rudderless – a ghost ship – on the date MXY H was obligated to satisfy its obligation to MXY D.”

Among other things, the complaint alleges that rather than work to see to the repayment of the investors, the individuals “spent the months preceding the May 17, 2021 deadline, and after, self-dealing and breaching fiduciary duties in a calculated effort to simultaneously enrich and protect themselves (and their allies) while, at the same time, abusing the governance of MXY H and MXY D.”

The plaintiffs also allege that MXY H liquidated 1 million shares of Cansortium, Inc. for an unknown price, while denying that the transaction took place. The complaint alleges that “of course, none of the proceeds of this transaction have been used to pay the debt owed to MXY D.”

The complaint seeks recovery of consequential, special, compensatory, and punitive damages; an order establishing a receivership over MYX H and MXY D; as well as pre- and post-judgment interest.

The complexity of the transaction, as well as of the odd relationship between MYX H and MYX D, make this situation more than a little hard to understand. Perhaps it is all clearer to the parties themselves, but even after several readings of the plaintiffs’ complaint, the situation is far from clear.

The one thing that is clear is that this case does provide an example of how failed plans to complete an IPO can lead to a “failure to launch” claim. There have of course been failure to launch claims filed before. The most high profile example is the litigation filed in November 2020 against Alibaba after the failure of its affiliated entity Ant Group to complete its U.S. IPO, which is discussed in detail here. There have been other, less high-profile examples in the past as well (as discussed, for example, here).

The new lawsuit against the MXY H and its executives is obviously a reflection of the specific features of the financing transaction and of the provision in the transaction documents requiring MXY to complete an IPO by the target date.  But while the particulars of this claim may reflect the specific circumstances of the companies involved, the situation nevertheless does illustrate how a pre-IPO company’s failure to launch can lead to claims from disappointed investors.

Because of the possibility of failure to launch claims and other concerns, it is very important that a company contemplating a future IPO structure its D&O insurance coverage to take into account the increased risks and exposures involved with its planned IPO – also including the risks and exposures that can arise if the company does not ultimately complete its IPO.

When a company is on a trajectory toward an IPO, there is a natural tendency to focus on the liability exposures the company will face after it goes public. But the process leading up to the IPO often involves circumstances that can create their own set of risks and exposures. As a company readies itself to go public, it often restructures its operations, its accounting, its debt, or other corporate features. The company also makes pre-offering disclosures, for example, in road show statements. The process creates expectations that can create their own set of problems. All of these changes, disclosures and circumstances potentially can lead to claims, particularly  if the offering does not go forward.

This is a particular feature of the circumstances involved in this case that could involve its own set of issues. The company on whose behalf the derivative claims are asserted is MXY D, and the individuals named as defendants are alleged to have committed wrongful acts both in their capacities as executives of MXY D as well as of MXY H. It is not clear at all from the complaint what the formal relationship is between the two entities, although it seems that MXY D is in the role of a subsidiary of MXY H. The situation is relatively simple from an insurance situation if MXY D is a subsidiary of MXY H; however, if their corporate relationship is somehow different that that, questions could arise whether and to what extent MXY H’s insurance policy would protect the individuals in their capacities as executives of MXY D.

Often pre-IPO company management is reluctant to take the time to address D&O insurance issues at the appropriate time before the company is deep into the IPO process. But claims can and do arise involving companies’ pre-IPO activities. The significance of the pre-IPO period in a company’s life cycle underscores the importance of having a skilled and experienced insurance professional involved well before the time of the IPO.

Published via Lexblog at  https://www.lexblog.com/2021/07/26/cannabis-company-hit-with-failure-to-launch-claim/ 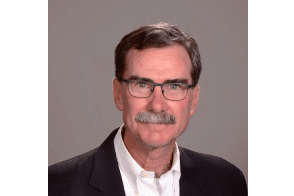