In late December Cannabis Law Report spoke with Mahmoud Abuwasel​ the managing partner at one of the Gulf States’ leading law firms Wasel & Wasel, about the launch of the region’s first  medical cannabis legal practice group and the firm’s initial forays into the Lebanese market.

We first had a general discussion about the possibilities of medical cannabis regulation throughout the region post the latest UN re-scheduling and some of the changes already taking place in Israel, Lebanon, Turkey & Morocco.

Before we dive into the specifics here are a few thoughts Abuwasel shared with regard to the region generally.

Although Israel  & the UAE have just signed ” The Israel–United Arab Emirates normalization agreement”, officially known as  the “Abraham Accords Peace Agreement: Treaty of Peace, Diplomatic Relations and Full Normalization Between the United Arab Emirates and the State of Israel.” Abuwasel doesn’t see in the near future, much work for the firm in Israel itself and believes the market is  currently well served by local Israeli firms and international firms with an office in Tel Aviv.

Although Wasel & Wasel practice is run out of the UAE. It will be sometime yet, he says, before one could expect draft legislation on the books in the Gulf States.  Things may change quickly as they have in other markets  around the world but as yet the dominoes haven’t begun to fall in the region.

Abuwasel initially sees Lebanon as the market to concentrate on post the legislature’s acceptance of draft legislation.

Do read the full interview below for his thoughts.

Abuwasel is also waiting to see how provinces in Turkey are approaching hemp as some are being relatively proactive about the crop although as yet it appears Ankara hasn’t decided which way to step with regulated medical cannabis & hemp.

Morocco is also another market that could develop depending upon the plans of  Mohammed VI the country’s current monarch who plays a leading part in the kingdom’s political and economic decisions. 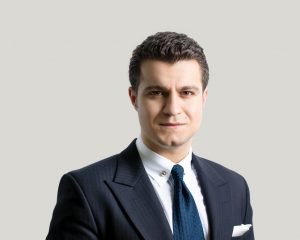 Could you give us from your perspective a little more background on where the Lebanon currently is with rules and regulations and the processes of setting up governmnet bodies to manage the development of a medical cannabis sector?

As far as we understand, the Lebanese government is pushing for operation of the law and its implementation policies expediently.

A month ago the regulations for medical cannabis medical practitioners was issued to govern the doctors and other medical professionals who will be licensed, and earlier in 2020 the Lebanese Government announced a tax on unutilized farm land to push for more farmers to pursue harvest of their farms, and also push unlicensed cannabis farmers to legitimize their farming operations.

Our expectation is that the authority that will be in charge of licensing medical cannabis commerce should be up and running around the end of Q1 2021.

Do you see the Lebanon as an investment opportunity or somewhere for  US, Canadian & European companies to look for JV opportunities?

Yes, particularly as the Ministry of Industry in Lebanon has provided statistics that when comparing the cost of producing a gram of cannabis, the cost in Canada is USD 1; in Europe, more than USD 0.50; whilst in Lebanon, the cost is expected to fall between USD 0.18 and USD 0.20.

The conditions and natural factors of the climate, land, and soil in areas like Baalbek-Hermel in Lebanon are optimal for the production of cannabis and increase the quality significantly.

Lebanon will without a doubt be one of the competing countries in cost, production, and quality.

Will you have a permanent office in the Lebanon / Beirut?

Your hire of Robert Raich as Special Counsel, can you give a little more detail about the hire, how it came about and what role Robert will play at the firm? 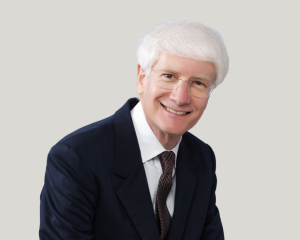 Robert is a (if not the) leading practitioner in this field  and oversees our medical cannabis practice.

As a whole, many of us add to the success formula , such as, in terms of regional trade compliance, corporate regulatory issues, foreign investment and tax policies

But at the end of the day the industry is very complex and still young, but notwithstanding and even within this short period of time, Robert has been able to provide very formidable industry specific and ancillary guidance to clients and inquirers that cannot be obtained elsewhere.

Now that legislation, of sorts, is on the books in Lebanon, Israel and to some extent Turkey and Morocco. Do you expect in 2021 to see developments in jurisdictions like Egypt, Jordan, Tunisia  & any of the Gulf States?

Maybe not as early as 2021 – but I think the expansion into the industry in the region, and on a global scale, makes it quite predictable that in the near future other markets in the region will provide regulatory landscapes that are welcoming of cannabis industries – even for less controversial products such as hemp. 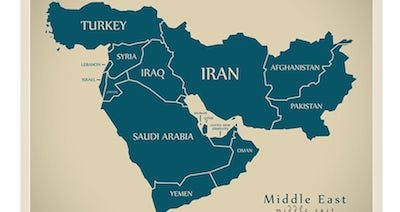