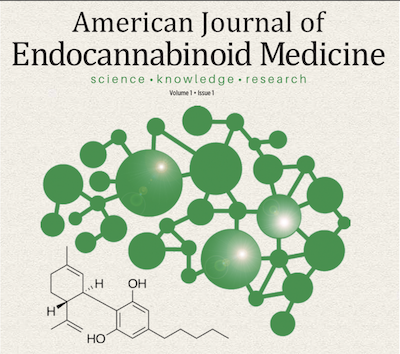 AJEM’s mission is to create, collect, and disseminate credible cannabis research data. This is particularly important in the United States with respect to the FDA, which has bemoaned a lack of data it can use to create policy and regulations of cannabis products, and in Europe with respect to the Food Safety Division of the European Commission’s application of the Novel Foods designation to cannabidiol (CBD).

As an advisory board member and legal author for AJEM I am pleased to offer a copy of the most recent edition in PDF form at the bottom of this blog. Immediately below is my article. I hope that you will find them informative and useful. Thank you for reading. -Rod Kight

Health care professionals are in the unique and difficult position of being increasingly pressed to give guidance about cannabis at a time when it is challenging to identify reliable information. Indeed, the discovery of the endocannabinoid system (ECS), and the fact that it can be modulated by exogenous phytocompounds called cannabinoids produced by the Cannabis sativa L. plant (cannabis), has sparked a revolution in health care. A primary aim of this journal is to help medical professionals sort through the disparate claims regarding cannabis and obtain reliable information.

Although the ECS was discovered in 1964,1 studies about it were severely limited for many decades due to the Schedule I controlled status (the most restrictive) of cannabis under the federal Controlled Substances Act (CSA). Fortunately, several changes in the law over the past 20 years have created opportunities to study the health properties of cannabinoids. These changes include the legalization of cannabis under the laws of many states, the liberalization of cannabis laws in several countries, and the removal of hemp from the CSA. The result is a patchwork of legal options for studying cannabis. Consequently, there has been a rapid rise in the number of cannabis studies in the past 2 decades, with many promising results.2 Advancements in understanding the ECS have not been overlooked by the general public, which has demanded both answers about cannabis as a medicine and access to it. On the one hand, cannabinoids produced by cannabis clearly have medicinal benefits.3-5 This is evidenced by numerous clinical studies,1,2 recent World Health Organization reports,4,5 and even a government patent.6 On the other hand, it is easy to get overwhelmed by the spectrum of various claims regarding cannabis. In some circles “reefer madness” propaganda, which portrays cannabis as a threat to health and civil society, still reigns. In others, cannabis is presented as a cure-all elixir that will save the planet. The truth lies somewhere in between.

A significant problem facing the medical community regarding cannabis is the confusing legal framework within which clinicians must operate. Federal and state statutes and regulatory schemes are frequently in conflict and are rapidly evolving. There is much “grey” area. Additionally, despite a lack of significant botanical difference between marijuana and hemp, both of which are cannabis, the laws governing each are radically different.

For instance, federal law governs cannabis largely in 2 ways. The first is by virtue of its classification under the CSA. Cannabis that meets the legal definition of hemp is not controlled. (In this context controlled is a legal term of art, referring to a substance’s listing on the CSA.) However, and with the exception of the mature stalks and nongerminating seeds of the plant, cannabis that does not meet the definition of hemp is marijuana, a Schedule I controlled substance.7 The sole difference between illegal marijuana and lawful hemp is the plant’s concentrations of delta-9-tetrahydrocannabinol (THC). Thus, the source of a cannabinoid determines its legal status.

The second way that federal law regulates cannabis is through application of the federal Food, Drug, and Cosmetics Act (FDCA). In fact, one of the biggest developments for both the medical community and the cannabis industry is the emergence of the FDA as the primary federal agency regulating cannabis and all CBD that is marketed for use by humans and animals. This role is becoming increasingly important due to the rapidly expanding market in cannabis products.

The FDA held the first public hearing about cannabis on May 31, 2019.11 In the hearing, the FDA solicited comments and information about cannabis from a diverse group of stakeholders across the industry, including representatives from pharmaceutical companies, media companies such as Consumer Reports, small consumer products companies, manufacturers, farmers, lawyers, physicians, cannabis advocates, and prohibitionists.

I testified at this historic event and noticed that the single thread uniting all of the disparate testimony was a call for clear regulations.12 Although most of the testimony focused on CBD, it appears that the FDA intends to take a long view and will likely (hopefully) create a coherent regulatory framework that encompasses all consumer products formulated with cannabis and its hundreds of phytocompounds. We do not know when the FDA will issue its regulations or what they will look like. In the meantime, the cannabis industry continues to grow apace, and consumers and medical providers alike are required to sort through a mounting array of products in order to separate snake oil from medicine. The FDA reopened the public comment period through September 30, 2019.13

With respect to CBD, the new darling of the natural products industry, the FDA’s current position is that it may not be marketed as a food or dietary supplement and, aside from Epidiolex, therapeutic claims cannot be made about products containing CBD.14 Importantly, this does not depend on the source of CBD, which only determines its controlled status under the CSA. Although the FDA has not taken an aggressive stance about the inclusion of CBD in food, it has enforced its position regarding therapeutic claims by sending dozens of warning letters to companies for making such claims on product labels and other marketing materials.15 I expect that we will see more of this type of enforcement by the FDA in the coming months.

The FDA’s current position on CBD raises many issues. For example, is there a legal distinction between products formulated with the purified CBD molecule (known in the industry as “CBD isolate”) and products formulated with cannabis extract, which contains CBD among other phytonutrients, such as cannabinoids, terpenes, and sesquiterpenes? Most legal commentators, including myself, contend that there is a legal distinction. (This was the subject of my testimony to the FDA.) However, to date, the FDA has not made this distinction and no courts have ruled on it.

Unfortunately, regulators are struggling to keep pace with the rapid development of the cannabis industry and to provide coherent answers to important questions. As a lawyer advising clients in the industry and writing about it for a medical journal, my primary role is to identify and discuss legal issues that emerge during the rise of cannabis as a force in medicine. I intend to explore cannabis-related legal questions and issues in the American Journal of Endocannabinoid Medicine.

Thank you for reading this issue. I look forward to taking this exciting journey with you. 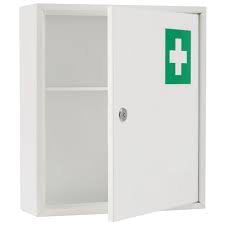 Island Time ! Maui Wellness Group Says It Could Be Cultivating Stock In Next Couple of Months