IRC Sec. 280E Insanity – We just completed writing what is perhaps our tenth article about IRC Sec. 280E and Harborside[1]. Harborside is a sophisticated taxpayer with well-designed financial and operational systems and expensive professional advisors. The two Harborside cases created an opportunity for analysis and a solid foundation for tax planning going forward for the cannabis industry.

Such planning is what tax professionals should be engaged with on a daily basis.

Northern California Small Business Assistants Inc. v. Commissioner[2], is an example of positions that should not be pursued in the Tax Court. The Tax Court is a prepayment forum in which taxpayers are permitted to contest tax liabilities without first paying the tax and claiming a refund. The Tax Court enforces federal tax laws. The Tax Court enforces federal tax laws. The Tax Court will only reluctantly consider policy. It will do so solely when it finds the statutory language ambiguous. Judge Mark V. Holmes had already addressed the language of IRC Sec. 280E. For the cannabis industry, the pursuit of the motion for partial summary judgment gave a number of Tax Court judges an opportunity to express in dicta opinions which were largely unfavorable to the cannabis industry. This case created an opportunity for judge to express opinions we anticipated that in several instances we would prefer not to have seen expressed. The dicta generated by this case will haunt taxpayers involved in t cannabis industry for the next ten years.

The summary of the case by the Tax Court is

“P is a California corporation that operates a medical marijuana dispensary legally under California law. R argues that P is subject to the limitations of I.R.C. sec. 280E, which disallows all deductions for a business that consists of trafficking in a controlled substance within the meaning of Schedule I or II of the Controlled Substances Act. P argues that I.R.C. sec. 280E imposes a gross receipts tax as a penalty in violation of U.S. Const. amend. VIII. Further, P argues, even if I.R.C. sec. 280E is constitutional, it only bars ordinary and necessary business deductions under I.R.C. sec. 162 and does not apply to other distinct sections of the I.R.C. Finally, P argues that it is not subject to I.R.C. sec. 280E because its business, legally operated under California law, does not consist of “trafficking” in a controlled substance.

Held: I.R.C. sec. 280E is not a penalty provision and therefore does not violate the prohibition on excessive fines in U.S. Const. amend. VIII.

Held, further, P has provided no compelling argument to overrule our precedent holding that I.R.C. sec. 280E applies to businesses operating legally under State law, notwithstanding its use of the word “trafficking.

The Tax Court was NOT pleased with the position taken by the taxpayer stating,

“On July 12, 2018, petitioner filed its motion for partial summary judgment pending before the Court in which it alleges that section 280E:

(1) imposes a gross receipts tax as a penalty in violation of the Eighth Amendment to the Constitution;

(2) eliminates only ordinary and necessary business deductions under section 162 and does not apply to other distinct sections of the Code; and

(3) does not apply to marijuana businesses legally operated under State law.

We reject each of petitioner’s arguments and will deny its motion for partial summary judgment.”

It is our opinion the questions of whether IRC Sec. 280E is a penalty, whether the VIII Amendment applies, and whether IRC Sec. 280E is unconstitutional are well settled law. Judge Joseph Goeke affirmed these opinions. If taxpayers want to change or repeal IRC Sec. 280E[3], they should follow the lead of “the adults in the room” such as the Cannabis Trade Federation [“CTF”] and Marijuana Policy Project[4].

The Supreme Court has held that any deductions from gross income are a matter of legislative grace. Deductions can be reduced or expanded in accordance with Congress’ policy objectives[5]. Under the Sixteenth Amendment, “[t]he power of Congress to tax gross income is unquestionable[6].

Section 280E is directly tied to Congress’ policy objective to limit and deter trafficking in illegal controlled substances[7]. Section 280E is not an effort by Congress to punish violators of State law that has no legitimate Federal objective[8].

The argument that IRC Sec. 280E is a penalty cannot be reconciled with the authority of Congress to tax gross income. For that reason the Tax Court concluded IRC Sec. 280E is not a penalty provision. Consequently, the Eighth Amendment’s Excessive Fines Clause does not apply.

Judge Goeke also points to broader statutory scheme as supports for the conclusion IRC Sec. 280E means what it says – that no deductions under any section shall be allowed for businesses that traffic in a controlled substance. As the Court points out, IRC Sec. 261 which is found in part IX of subchapter B of Chapter 1 of the Code, provides that “no deduction shall in any case be allowed in respect of the items specified in this part.” IRC Sec. 280E is found in part IX[9].

The taxpayer argued as its final argument that section 280E applies only to businesses that engage in illegal or disreputable sales of controlled substances. As support for the position the taxpayer pointed to the word “trafficking” in section 280E. The taxpayer argued the word suggested some unsavory or illicit purpose was required for IRC Sec. 280E to apply. The Court made short shrift of this argument[10] stating “[T]he sale of medical marijuana pursuant to California law constitutes trafficking within the meaning of section 280E.”

“Medical Marijuana” is a Schedule I controlled substance, and dispensing it pursuant to * * * [California law] is ‘trafficking’ within the meaning of IRC Sec. 280E.”). Thus, we hold that the use of the word “trafficking” in IRC Sec.280E encompasses petitioner’s medical marijuana dispensary legally operated under California State law.

The nasty bonus gift in the Tax Court’s opinion in this case includes an express denial of the taxpayer’s and an express statement by a majority of the Tax Court judges that IRC Sec. 280E denies as “trafficking expenses” all of the expenses associated with the operation of a dispensary. Solely items that are excluded from gross revenue such as reimbursed expenses before the deduction of Cost of Goods Sold [“COGS”] would be subject to IRC Sec. 280E[11]. Of course, the opinion in this case is a disaster for California dispensaries. The only saving grace is that the case is a denial of a motion for partial summary judgment. Most of the statements of the judges are dicta.

Upon reflection, this case might be viewed as a close cousin to “play stupid games, win stupid prizes”.

We must mention a couple of additional items. It is our impression many representatives of cannabis dispensaries failed to consider the opportunity to reconsider and amend returns based on CCM 201504011. We noted some time ago an argument could be made the failure to do so constituted malpractice. In light of Judge Mark V. Holmes opinion in Harborside[12] taxpayers and representatives of dispensaries should carefully evaluate the risks associated with IRC Secs. 6662-6664 as well as consider the inclusion of a Form 8275 – Disclosure Statement with returns. Practitioners should also consider the possible application of penalties on preparers pursuant to IRC Sec. 6694, including the consequences of an enhanced penalty for intentional disregard pursuant to IRC Sec. 6694(b)(2). An enhanced penalty constitutes grounds for a referral to the Office of Professional Responsibility.

“Our precedent is unambiguous. Congress, rather than this Court, is the proper body to redress petitioner’s grievances. We are constrained by the law, and Congress has not carved out an exception in IRC Sec.280E for businesses that operate lawfully under State law. Until then, petitioner is not entitled to deduct expenses incurred in the operation of its drug-related business.”

In reaching our holding, we have considered all arguments made, and, to the extent not mentioned above, we conclude they are moot, irrelevant, or without merit. 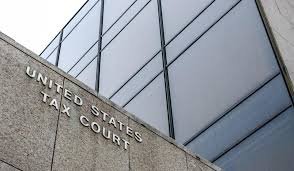