Holly Hayden, who has since left force, is also accused of corruptly leaking details of Covid-19 checkpoints in South Dublin

A former Garda staff member has appeared in court charged with leaking sensitive information from Garda computer systems in return for cocaine.

She appeared in Dún Laoghaire District Court on Friday morning alongside Daniel Webb, who is accused of bribing Ms Hayden for the information.

The case follows an investigation by the Garda National Bureau of Criminal Investigation. Ms Hayden was a civilian staff member with the Garda at the time of the alleged offences but is no longer employed there.

She is accused of disclosing “confidential information saved on the An Garda Síochána Pulse computer system” in return for “corruptly obtaining a gift, consideration or advantage for yourself”.

The alleged offences occurred on September 6th and 9th, 2019 and on October 29th, 2019. It is alleged that this occurred in Dún Laoghaire Garda station and at an unknown location.

Ms Hayden faces an additional charge of accessing data on the Garda computer system relating to Covid-19 checkpoints in the Garda F District and passing this information on in return for reward. This allegedly occurred on three occasions.

Mr Webb is accused of corruptly agreeing to give a gift “namely; cocaine or consideration or advantage to Holly Hayden” in return for confidential information on three occasions on September 9th, 2019.

The pair were remanded on Friday morning at Dún Laoghaire District Court until a later date. 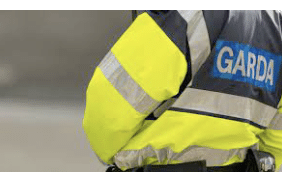