A Clonroche man caught with 88 cannabis plants at varying stages of maturity told gardaí he was engaged in ‘research’.

Judge James McCourt heard how Garda John Kennedy arrived at the defendant’s premises on September 9 in 2019 with a search warrant.

The witness recalled finding an outbuilding fitted out as a grow-house with the 88 plants under cultivation.

The official estimate of their potential value came to a little over €81,000.

He said at the time was studying the cannabis for research and that he also had it for his personal use.

The judge was sceptical, observing that the defendant would not have had that amount of the drug for personal use unless he was expecting a protracted war.

Flood was residing in Tominearly with his partner and his partner’s son, the court was informed.

Defending barrister Jordan Fletcher agreed that the amount of cannabis seized was large.

His client, now well dressed and articulate, with good family support, had suffered from a severe mental illness, counsel stated.

Previous convictions for possession of smaller amounts of illegal drugs in 2009 and 2013 were noted.

Judge McCourt concluded that the prosecution had disclosed a most unusual situation.

While submissions about the accused man’s mental health were accepted, Flood knew what he was doing.

A two year jail sentence was recorded, the term suspended in full once the offender agreed to be bound to the peace for three years.

‘Stay away from that stuff,’ were the judge’s departing words to the man he had just convicted. 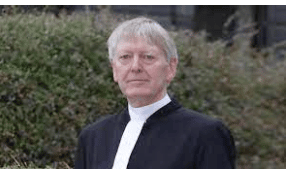