Is Paris Prepared To Legalize Cannabis ?

Le Parisien reported this past week

The issue will be debated at the Paris Council on July 8th, 9th, 10th and 11th, on the proposal of the group Radicals of Left Center and Independents (RGCI). Its president, Laurence Goldgrab, wants the City of Paris to propose to the government to “make Paris a territory of experimentation of the legalization of recreational cannabisfor the adults while taking care of its strict supervision”.

Daniel Vaillant, the former Minister of the Interior Lionel Jospin and former mayor of the eighteenth is one of 70 co-signatories of the call published in the Nouvel Observateur. On June 27, François Dagnaud (PS), mayor of the nineteenth followed the footsteps of advocates of legalization. Jacques Boutault, the mayor EELV 2nd, he has defended this position for many years.

“Consumed in the recreational mode, cannabis is no more problem than a glass of wine shared with friends. It is because this drug is banned in France that the mafias have seized this lucrative business, “says the elected ecologist of the IInd favorable to an experiment in the capital. “The mentalities are changing and cannabis will soon have the same status as tobacco or alcohol,” says the mayor of the second. 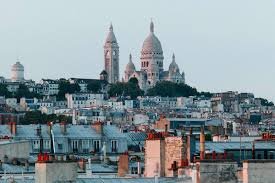