A valid question and one tackled by author David Nickles in his article just published in Psymposia.

Entitled We Need to Talk About MAPS Supporting The Police, The Military, and Violent White Supremacism

This is the type of article that would have been eschewed by the cannabis capitalists in the early days of legalization if written about that sector. Sadly their behaviour over the past few years just proves the point that unbridled laissez faire capitalism of the ilk that the Trump / Republican cohorts so adore has been poison to the regulated cannabis sector and will be so to the world of psychedelics if there are no checks and balances.

We’d suggest that articles like these by Nickles illustrate that if we want to explore different neural pathways maybe a better way to do this is not cede this research to certain power structures .

Arguments like this are nuanced and will not appeal to the let’s make lots of money crowd. All the more reason for introducing articles like Nickles piece and taking them seriously.

He writes by way of introduction

Since estabishing The Multidisciplinary Association for Psychedelic Studies (MAPS) in 1986, founder and executive director, Rick Doblin, has consistently articulated his goal to medicalize psychedelic compounds in the hopes of securing mainstream acceptance of psychedelic drugs, users, and cultures. Numerous people, including myself, have critiqued this approach as relying on the framework of dominant culture (and the longstanding ills of capitalism, white supremacism, patriarchy, and industrial civilization), thereby reproducing the destructive logic of these systems.

Doblin has consistently downplayed and dismissed these critiques. Additionally, under Doblin’s decades-long leadership, MAPS has failed to engage with assertions that its approach is little more than “respectability politics” meant to demonstrate that values within the “psychedelic community” are not at odds, but are in fact continuous with those of dominant culture. This approach endangers those of us who are commonly marginalized, brutalized, and murdered within dominant culture—and alienates us within psychedelic spaces that we may have sought out in pursuit of alternative cultural havens.

Over its 34 years of existence, MAPS has failed to provide meaningful historical evidence or coherent theoretical arguments for its strategy, relying instead on faith-based appeals to the “power” of psychedelics to “heal” society. In pursuit of medicalization and mainstreaming, Doblin has repeatedly argued that MAPS’ reputation and the legitimization of its research are more important than concerns about the sociopolitical implications of its research. For example, consider Doblin’s ongoing insistence on the importance of providing MDMA therapy to police and soldiers. Or notably, his defense of John Halpern, a former MAPS research collaborator at Harvard Medical School and DEA informant against William Leonard Pickard and Clyde Apperson.

Irrespective of its justifications, MAPS has repeatedly courted the forces of authoritarianism and white supremacism as a political strategy in pursuit of mainstreaming psychedelics. This is true regardless of the personally held beliefs of MAPS employees; some of whom I’ve seen challenge Doblin, only to find themselves shouted down in front of other staff.

More recently, under the guise of generating “bipartisan support” (read: courting reactionaries) for MDMA-assisted psychotherapy for veterans, MAPS has promoted the positive coverage it received from the far-right site Breitbart, and has attempted to influence (mostly) far-right Republicans through its self-identified “conservative whisperer,” Veterans & Governmental Affairs Liaison, Jonathan Lubecky. It’s worth noting that Lubecky is absent from MAPS’ staff page. 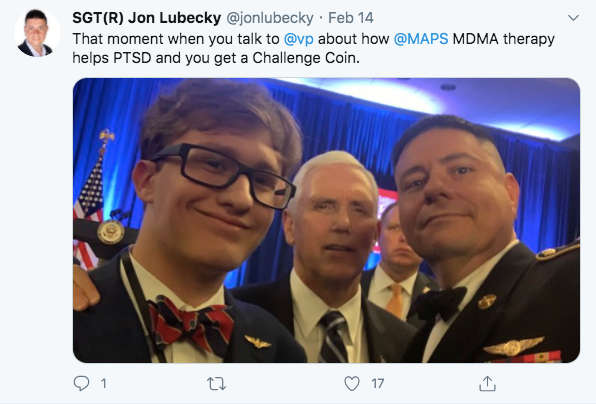 U.S. Army SGT(R) Jonathan M. Lubecky has joined the MAPS Policy and Advocacy team as Veterans’ and Government Affairs Liaison to engage with veterans and to support our efforts to end the DOJ-enforced NIDA monopoly. On April 26, 2018, Rick Doblin and Lubecky attended a Veterans Medical Cannabis roundtable in Washington, D.C., at the invitation of Congressmen Earl Blumenauer and J. Luis Correa. 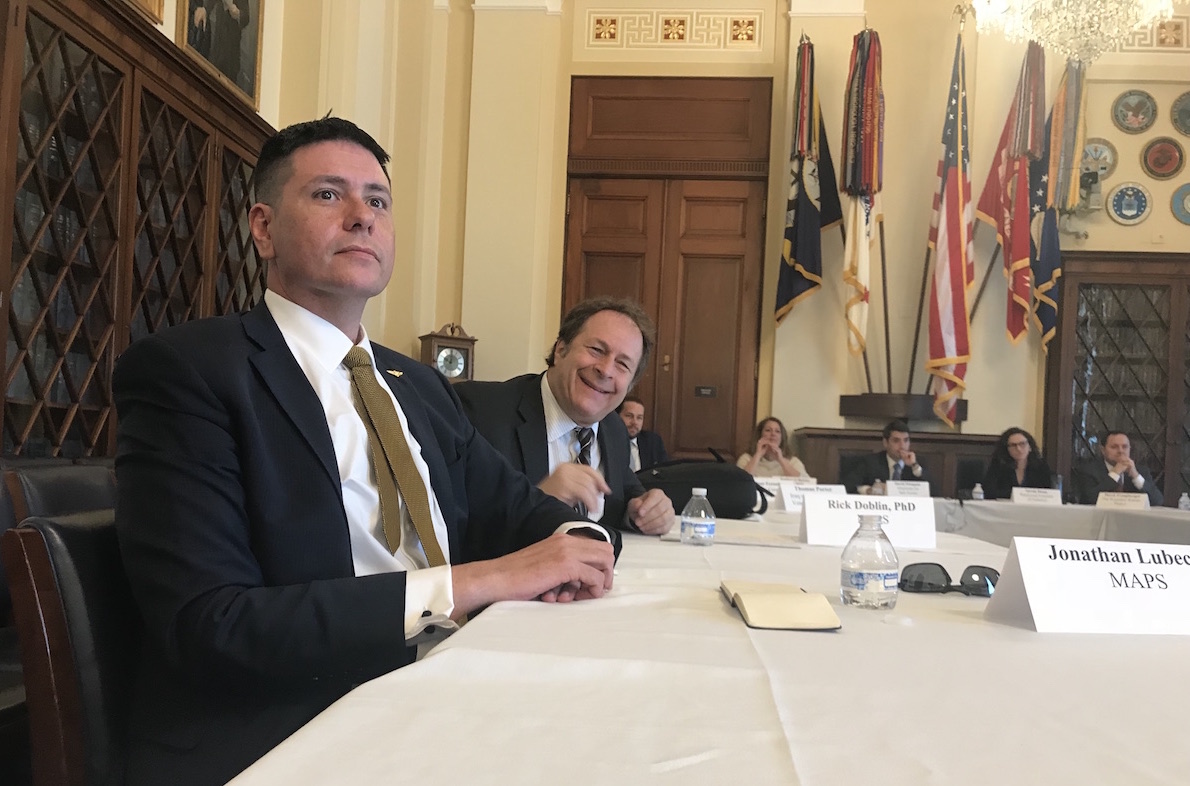