Is There An Cannabis IPO Waterfall On The Way If Biden Wins?

According to murmurings in the sector that is indeed the case.

Several cannabis and hemp companies are planning initial public offerings in a bet that Democratic candidate Joe Biden will win next month’s election, Reuters reports. Representatives from Flora Growth, Gage Cannabis, BioMedican, and Vertical Wellness each indicated plans to go public next year, in part, due to the growing possibility of a Biden win in November.

Flora Growth CEO Damian Lopez said he believes the election “will be a huge catalyst” for U.S. cannabis industry growth, adding that “regardless of who wins, more and more states are showing their support for cannabis.” 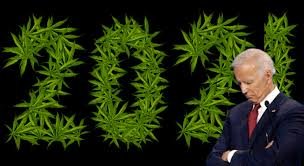