In their full report Pedestrian TV uses words like, “shambles” to describe what has happened to regulated medical cannabis over the past few years in Australia.

In 2019 Canada & the US are steaming ahead, with a number of jurisdictions expected to regulate in the EU very soon. Even Australia’s southern neighbour NZ may soon be in a position post referendum to create a regulated market that actually works.

Standing there on that day in California, something else became clear: it’ll happen here in Australia, too.

This is not an argument for legalising cannabis – though I will always argue that medical cannabis is shockingly hard to access in Australia compared to the systems used in other nations – but it is a reality check.

New Zealand is set to vote on legalisation next year, with politicians campaigning and a referendum promised. Canada has already crossed that line and is sorting through the cultural and regulatory  drama that comes with it.

While Australia managed to partially legalise medical cannabis in 2016, tangible access to the drug is still dramatically below what is expected by advocates. For the 100,000 or so people using black market product currently, the paperwork and the cost far outweighs the positives of not having to worry about legal ramifications.

Earlier this month, the government announced it would be supporting significant medical cannabis projects in Australia by way of granting Major Project Status. Achieving MPS will see companies receive priority when it comes to things like medicinal cannabis licenses. It’s not a massive step – but it is significant.

Cannabis has an image problem. Many who like it will disagree, but decades of Just Say No campaigns and children brought up on abysmal messaging like Stoner Sloth has had its effect.

But when I think about what the start of an honest, mainstream discussion about cannabis looks like, I think of the last month.

Two mainstream media platforms, 9 News and 7 News, went head to head last Sunday with cannabis features. 9 News’ feature on Australian favourite Olivia Newton-John and her use of the drug to cope with cancer treatment represented perhaps the most prominent Australian face to identify herself as a cannabis user. On 7 News, celebrity chef turned health guru Pete Evans reported on the way legalisation has worked in other countries, comparing it with the shambles Down Under. 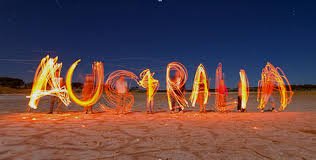