The Israeli company is in talks with an EU-GMP approved facility in Europe, so that it can sell its produce in Germany and elsewhere.

Israeli medical cannabis company Together Pharma (TASE: TGDR) has reported that Peterson & Control Union, an internationally certified German company, has announced that the company’s farm in Uganda has met the CUMCS-GAP standard, which is based on the WHO guidelines on good agricultural and collection practices (GACP) for medicinal plants.

In order for the products made from medical cannabis florescence grown at the company’s farm in Uganda to be sold in European countries, the produce must be cultivated according to GACP procedures. Moreover, manufacturing of the produce-based products must be undertaken in an EU-GMP authorized factory.

In other words, receipt of GACP procedure approval for Ugandan farm provides an official rubber stamp from an internationally certified body, granting approval that the Ugandan farm’s produce is grown according to the standards and regulations that are approved and recognized in Europe.

In order to sell produce bearing the required standard from Uganda to Europe, the company has located an EU-GMP approved facility in Europe and is conducting negotiations with a third party on this matter. In addition, and at the same time, the company is setting up adjacent to its Uganda farm, a packaging and extraction factory and is working to be authorized by the EU-GMP standard. The company estimates that it will complete construction of the factory in Uganda by the end of 2019, and it estimates that the factory in Uganda will receive the EU-GMP standard during the first quarter of 2020.

Together Pharma CEO Nissim Bracha: “Receipt of the required standard by the Ugandan farm is a further stage in paving the regulatory and professional way for bringing medical cannabis into Europe from Uganda. The approval that has been given to us is a major precedent setting achievement thanks to our uncompromising striving to meet all the required conditions on the way to sales in Europe. It is our plan to move forward on an agreement with a factory in a European country with the EU-GMP standard, which will process our produce and make products for sale in pharmacies on that continent.”

He added: “Together is a company with extensive international operations. Uganda and Europe are arenas of activity and profit centers operating as well as activities in Israel, which in addition to an active farm for cultivation, includes building a GMP standard factory that will be managed by a senior and experienced team from Cannabliss, which currently markets products to patients and has rich experience in R&D. Alongside this, we are working together with Premier Dead Sea to manufacture in the Netherlands thousands of units of CBD based products that will be sold a distribution points in relevant countries. In addition, we also recently reported an agreement to set up operations in China for CBD based products including food, beverages and cosmetics. We are convinced that business progress in each one of these operations around the world will lead to the creation of value for our shareholders.” 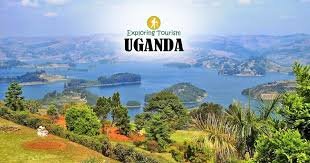