A new parliamentary intergroup was announced in Italy on October 24, 2019. In just a few hours, the group gathered more than 50 members. Its primary objective is to set a schedule for the discussion of the 2016 citizens’ initiative for cannabis legalization. This initiative was supported by 60,000 signatures, and now a parliamentary debate is set to launch on the subject.

The Business Deccan casts a business eye over the opportunity

Italy looks to the North American Cannabis Industry for Guidance 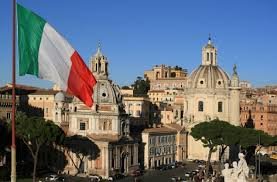