As we told you to date , there are 3 legislative proposals : that of Riccardo Magi (Più Europa / Radicali) which provides for the regulation of domestic cultivation and the introduction of lighter penalties, that of Riccardo Molinari (Lega), of opposite sign, which increases the penalties for cases of minor importance relating to the production, sale and possession of drugs, providing for mandatory arrest for those caught in the act and eliminating the possibility of serving the sentence in alternative ways to prison, and finally signed by Caterina Licatini(M5S) which is based on the ruling of December 2019 of the Joint Sections of the Court of Cassation which established that the domestic cultivation of a small number of cannabis plants grown with rudimentary methods does not constitute a crime.

The latest news concern the change of rapporteur of the law: Jacopo Morrone , of the Lega, had been appointed because Molinari had been the first to present a proposal that would later modify article 73, but, given the delays accumulated in the last period, during the meeting of the bureau of the justice commission resigned, stressing that “someone would like to speed up”. From Meglio Legale , a group of activists who are fighting for cannabis at 360 degrees, they replied that in fact that someone is the approximately 6 million Italians who consume cannabis. Without forgetting the patients who, as has been the case for years, are without therapy given the cannabis shortage that cyclically leaves patients without their drug.

In any case, Mario Perantoni , former President of the justice commission, has been appointed as the new speaker  , who has repeatedly declared himself in favor of regulating the self-production of cannabis.

The basic text that will be presented today must take into account all 3 proposals and we hope that the discussion can take place quickly to facilitate a quick passage to the chambers. “Today Parliament has the opportunity to score a goal against the mafias . Let’s not waste this opportunity ”, wrote from Meglio Legale. 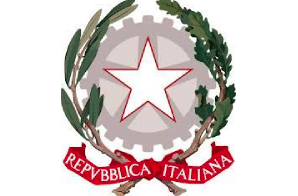