Italy set for 2019 bonanza as Canadian firms flood in

Competition in Italy is heating up following a slew of major investments from Canadian firms seeking to expand their European cannabis footprint in a burgeoning market.

Canopy Rivers is ramping up international expansion and has identified huge demand for cannabis and CBD derivative products in the European market, executives said.

It is planning to spend more than €100m ($115m) on greater production in the EU over the next two years, with CanapaR its first European investment. CanapaR has a strategic relationship with the Department of Agriculture at the University of Catania, the country’s top research facility for hemp-based cultivation and extraction.

EasyJoint was the first firm to successfully scale hemp flower production after a legislative tweak in December 2016 resulted in a loophole that cannabis firms were quick to exploit.

Not to be outdone, Vancouver’s CROP recently announced its large Italian CBD greenhouse facility has been upgraded ready for the start of the 2019 growing season, and that it has identified six new retail locations to sell high street products.

CROP and partner XHemplar are currently working with Italian agencies to import new CBD genetics for CROP’s upgraded facility, with the products expected to command premium prices. Discussions are also continuing with an Italy-based pharmaceutical company to secure off-take agreements for the 2019 harvests.

It is also planned to build a state-of-the-art extraction facility allowing for in-house processing of hemp biomass.

“Italy is our bridgehead into Europe,” said CROP Infrastructure CEO, Michael Yorke. “Our Italian partners are making significant progress on multiple fronts to ensure that the European operations are running at full capacity to take full advantage of the rapidly growing demand there.”

The joint venture’s CBD products will be branded under the XHemplar and CROP brands Tiffany CBD and Hempire Italia.

Italy’s population of 60m are the third-largest cannabis consumers in Europe according to research, making them a prime target for Canadian producers and distributors seeking a foothold in the EU.

In a bid to restore its mojo to the country’s once enormous hemp industry (second only to the Soviet Union as the world’s largest producer at its peak), the government enacted new regulations in 2016 to boost growth, and in that neglected to outlaw cultivation of trace amounts of tetrahydrocannabinol (THC) in hemp flowers.

The law as a result allows cannabis flower if the level of THC is under 0.2 percent, kickstarting a new “cannabis light” market. Not being legally allowed to eat or smoke it has not deterred Italy’s cannabis advocates, who can buy the weed without ID as “collectors”.

Medicinal marijuana has been legal in Italy since 2006, but now demand is greatly exceeding supply. The bottleneck stems from what is a touchy subject for the government; there is only one state-licensed medical grower in Italy, run by the military.

Other medicinal cannabis distributed in Italy is imported from the Netherlands, and increasingly, Canada.

Signs of a thaw appeared in the summer when Italy’s health minister announced plans to widen the domestic market for cultivation. In July, Giulia Grillo announced on a Facebook post after touring the Military Pharmaceutical Chemical Plant, she favoured increasing production of medicinal cannabis through licensing public-private partnerships.

Last week, Grillo sacked 30 doctors and scientists from the ministry’s public health advisory committee as part of the “government of change” promised by the 5-Star Movement and League.

The scientists said they were fired without legitimate reason or warning, as Grillo said she wanted to open the board to “other worthy members”.

The 30 appointed board members serve alongside an equal number of experts who participate due to their institutional offices, such as the heads of Italy’s pharmacological agency and transplant network, and hold responsibility for Italy’s policy on cannabis.

Italy’s slumbering economy has long dragged the eurozone back, having struggled to recover from the 2008 financial crisis, and cannabis lobbyists believe the promise of more jobs and taxable revenue will be enough to sway the country in favour of further legalisation.

There is currently a split in outlook between Italy’s joint-ruling political parties, where 5-Star Movement is pro-legalisation, the League is not, but with Grillo pulling strings as health portfolio holder and the promise of more Canadian capital, the next 12 months looks increasingly positive for Italy’s revitalised hemp sector. 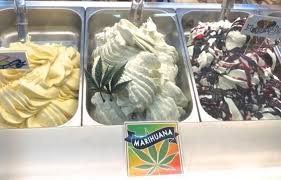