Relaxed regulation may be coupled with new criminalization, though.

Following months of discussion, Japan’s Ministry of Health, Labour and Welfare is set to approve the use of pharmaceuticals containing cannabis as an ingredient in Japan, according to public broadcaster NHK.

The Japanese legal system takes a particularly hardline stance against drugs, and even the possession of a small amount of marijuana is generally treated as a major crime. However, following the approval of cannabis-based medicines in many other nations, at the beginning of the year the ministry formed a committee to discuss whether Japan should follow suit, with the effectiveness of such medications in treating sufferers of refractory epilepsy and as a pain suppressant for cancer patients.

The allowance will require amendments to Japan’s Cannabis Control Law, which currently forbids the use and importation of such medicines. Lifting the prohibition would ostensibly also allow Japanese pharmaceutical makers, with proper licensing, to produce cannabis-based medications of their own.

However, this doesn’t mean that the substance is going to be decriminalized in all forms and applications. It’s likely that the revision will allow for the use of cannabis only for specific medical conditions, and “anxiety” may not qualify, given the Japanese medical system’s comparative aversion to treating mental health issues with medication. Likewise, the lifting of the ban will not allow international travelers to bring as large a supply of cannabis-based pharmaceuticals as they want into Japan, much as how you can’t get through customs with a suitcase (or hot dog) full of any other meds that require a prescription within Japan.

It’s also important to bear in mind that the revision appears to be specifically for cannabis-based medicines, not marijuana leaves, and strictly for legitimate medical purposes. Recreational marijuana use in Japan will still get you in as much trouble as it did before, and possibly even more. Possession and cultivation of marijuana are already crimes in Japan, and the ministry is considering amending the Cannabis Control Law to make the act itself of smoking marijuana a crime as well, at the same time that it lifts the ban on cannabis-based medicines. 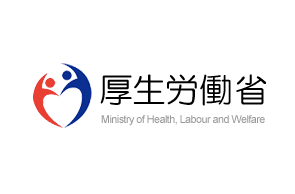